Ambassador to The People’s Republic of China and Director of Foreign Affairs Officer of the Chinese Defense Ministry Rear Admiral Youfei (r), made a courtesy call on the Acting Commander Defence Force, Captain Tellis A. Bethel today. They discussed on matters of mutual interest and the call culminated with a brief tour of the Defence Force Coral Harbour Base. Captain Bethel while leading the tour at the Flamingo Monument, discussed the defining moment for the Force as he told the they story of the Flamingo Incident of 1980. More information on the Flamingo Incident can be found here . 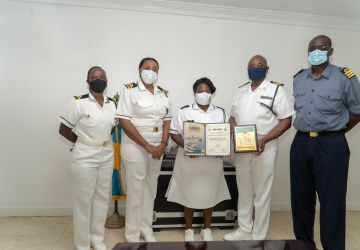 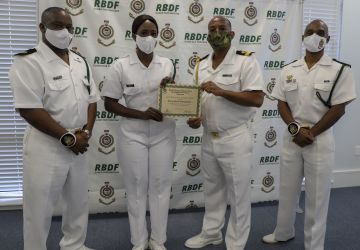 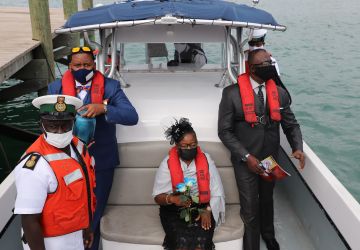