Early Friday morning they were airborne in route to Crooked Island. The Minister of National Security, the Hon. Dr. Bernard Nottage, Minister of Agriculture and Marine Resources, the Hon. Alfred Gray, Permanent Secretary Carl Smith of the Ministry of National Security, Captain Tellis Bethel, Acting Commander Defence Force, along with others flew to Crooked Island to examine progress being made with relief efforts on that Island. This visit was special as it entailed a site inspection of the Defence Force’s newly acquired Mobile Base City (MBC).

Prior to taking off, Captain Bethel had the pleasant opportunity of meeting and speaking with two teams of young, excited Marines at Odyssey Aviation. These Defence Force Impact Teams were waiting for another flight to take over duties from fellow Marines already on the ground assisting with relief efforts in Mayaguana and Rum Cay. These young men and women, like others who preceded them, were more than willing to step in and do their part to help Bahamians in need–this was a proud moment for Captain Bethel.

As the aircraft flew over the more tranquil islands of Exuma for Crooked Island, Captain Bethel reminisced on the admiration and appreciation expressed by many for his hard working men and women of on the frontline and behind the scene of a national relief effort in the wake of Hurricane Joaquin.

After Joaquin struck, our men and women spared no time or effort in getting ‘boots on the ground’ to engage in search and rescue operations, help with distribution of food and water, clear road ways and carry out damage assessments of homes in our Family Islands in collaboration with the Bahamas National Emergency Management Agency, local authorities and Non-governmental Agencies. Today, our officers and Marines are living, working and helping many within the disaster stricken communities.

Defence Force service personnel are presently in Crooked Island, Acklins Island, Long Island, San Salvador Island, Mayaguana Island and Rum Cay. Undoubtedly, our men and women are making a positive difference in our island-communities. For the very first time, our service personnel have for deployed and assembled the Defence Force’s Mobile Base City (MBC) in Landrail Point, Crooked Island–a modern-day version to the wood-and-canvas base camp erected in Eleuthera in 1992 following Hurricane Andrew. Back then, hundreds of Defence Force officers and enlisted personnel assisted with relief, recovery, and restoration of that island.

The MBC is a mobile facility consisting of 17 container-units designed to provide food, water, accommodations, and much more to sustain Defence Force personnel performing disaster relief operations. The MBC will also be used to supply food, water and medical attention to persons in local communities. The Defence Force’s Roll On/Roll Off (RO/RO) vessel, which is nearing completion in Vietnam, is being constructed for the purpose of deploying the MBC, as well as transporting troops and supplies. The 180-foot vessel is due to arrive in Nassau by January of next year. Both the MBC and the RO/RO vessel are a part of the Defence Force’s Sandy Bottom Project–a $250 million capital investment for the acquisition of 9 patrol craft, the dredging of harbours at Coral Harbour, Nassau, Matthew Town, Inagua and Gunpoint, Ragged Island. The investment also includes the modernization and development of bases at Coral Harbour, Inagua and Ragged Island.

What’s more amazing–thanks to the leadership of our team on the ground,–the MBC was up and running within 24 hours after being shipped and landed at Landrail Point, Crooked Island. The MBC was shipped aboard the Lady Rosalinds I and II, on the 14 October and arrived a day later. This ‘City’, as the Rt. Hon. Prime Minister Perry Christie calls it, is now engaged in serving the storm-ravaged communities of Crooked Island. Ministers Nottage and Gray, team members and Captain Bethel were also treated to a cup of freshly made desalinated water provided by the MBC.

Having made landfall in Colonel Hill, Crooked Island, and after meeting with our team on the ground, the honourable Ministers were all the more inspired by the energy and enthusiasm of Sub Lieutenant Shawn Evans and Petty Officer Rudolph Wilson and their team members in helping to bring normalcy to residents impacted by the storm.

Of equal importance to the entire relief effort are the Officers and Marines aboard our patrol craft, who are providing vital support to Defence Force teams deployed to devastated Islands. Additionally, ship’s companies are also tasked with patrolling our territorial waters night and day to guard against poaching, drug trafficking, human smuggling and other illicit activities that may occur at sea.

Upon being invited by Captain Bethel to visit Her Majesty’s Bahamian Ship (HMBS) Rolly Gray, which was anchored off Landrail Point, Ministers Nottage and Gray expressed their appreciation on behalf of The Bahamas Government and the people of The Bahamas for the sacrifices made by Defence Force personnel in safeguarding The Bahamas. The entourage were welcomed aboard Rolly Gray by the Ship’s Commanding Officer, Lieutenant Commander Granville Adderley and his ship’s company.

Captain Bethel acknowledges the important role the dedicated men and women stationed at our bases in Coral Harbour, Nassau; Freeport, Grand Bahama; and Matthew Town, Inagua. “Without their support, our efforts on land, in the air and at sea could not be sustained.” He is also grateful for the outpouring of encouragement for our Officers and Marines by family members, loved ones and friends, especially when our men and women are required to be away from home for extended periods of time. More importantly, Captain Bethel, realizes that the Defence Force is going to be very much involved in the restoration and reconstruction phases of the disaster relief operation, and therefore encourages his troops to uphold the standard of integrity, professionalism and excellence as they serve our country in the weeks and months ahead. 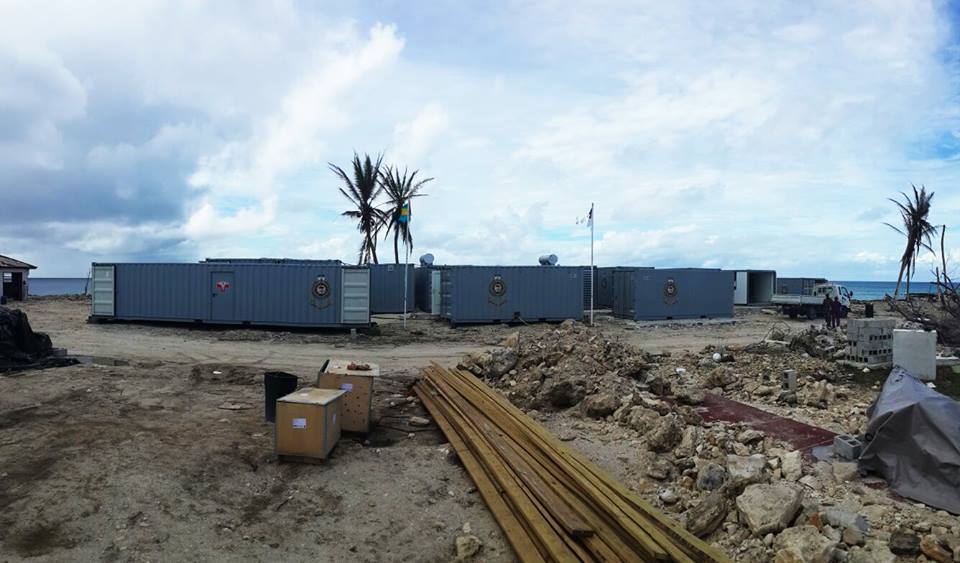 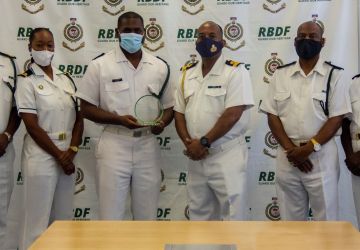 On February 24, 2021, marines attached to the Headquarters Public Relations (PR) Section were commended for their dedication and commitment […] 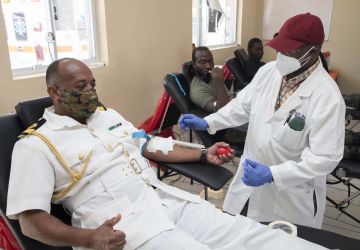 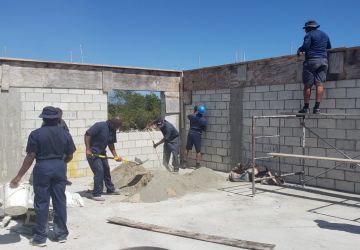 In keeping with the Commander Defence Force’s strategic vision, which entails strengthening of Community Relations, Her Majesty’s Bahamian Ship NASSAU […]