Coral Harbour Base, 21 JUN. ‘17 (RBDF): On Tuesday 23rd May, Commander Defence Force Commodore Tellis Bethel met with BTC’s CEO Mr. Leon Williams at the company’s JFK drive headquarters to share some of the Defence Force’s history that many people are not aware of. With a unique approach, he discussed briefly the Force’s accomplishments, triumphs and tragedies and at the end, made a special presentation to Mr. Williams as a token o…f gratitude for the vital role the former BaTelCo played in sending critical information to New Providence shortly after the sinking of the HMBS by Cuban MIG jets 37 years ago.

There were 15 survivors of this ordeal. Four marines perished. One of the survivors was also on hand for the presentation namely; Commander Amos Rolle (retired). He was the Commanding Officer of HMBS Flamingo, and he gave his account of what transpired during and post attack.

During this exchange, Mr. Williams shared the tremendous role that BTC plays especially with regard to national security as they are responsible for all government networks. He was very grateful for the recognition on behalf of the 600 employees of BTC.

BTC recently partnered with the Defence Force and was the title sponsor of The Commander Defence Force Challenge Cup Regatta. The partnership will continue as Mr. Williams announced that the company will support the Commodore’s vision namely; Operation Regeneration involving the Defence Force’s Rangers youth programme. 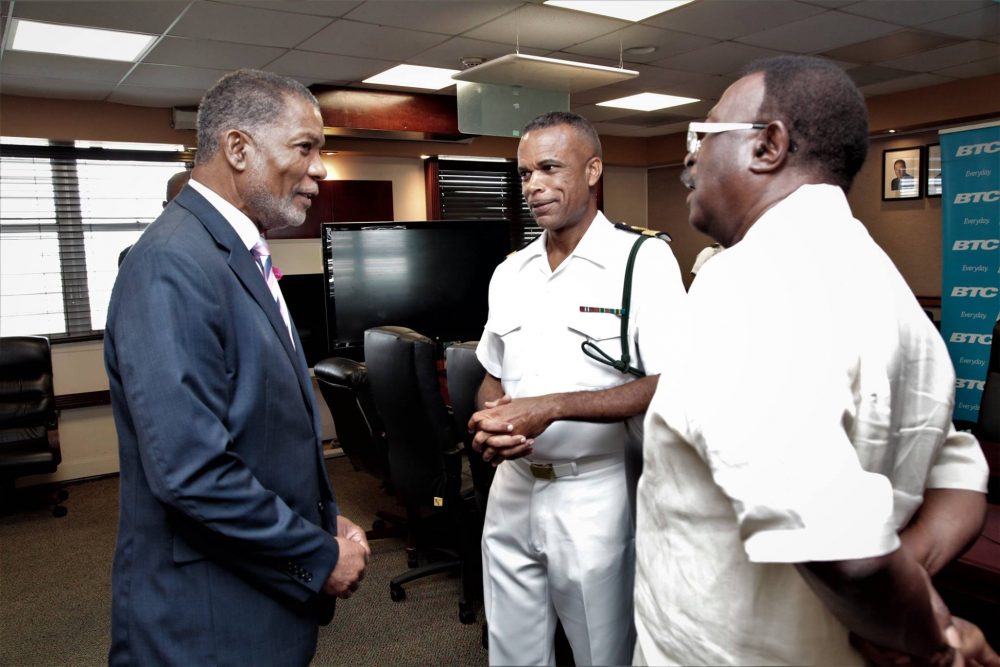 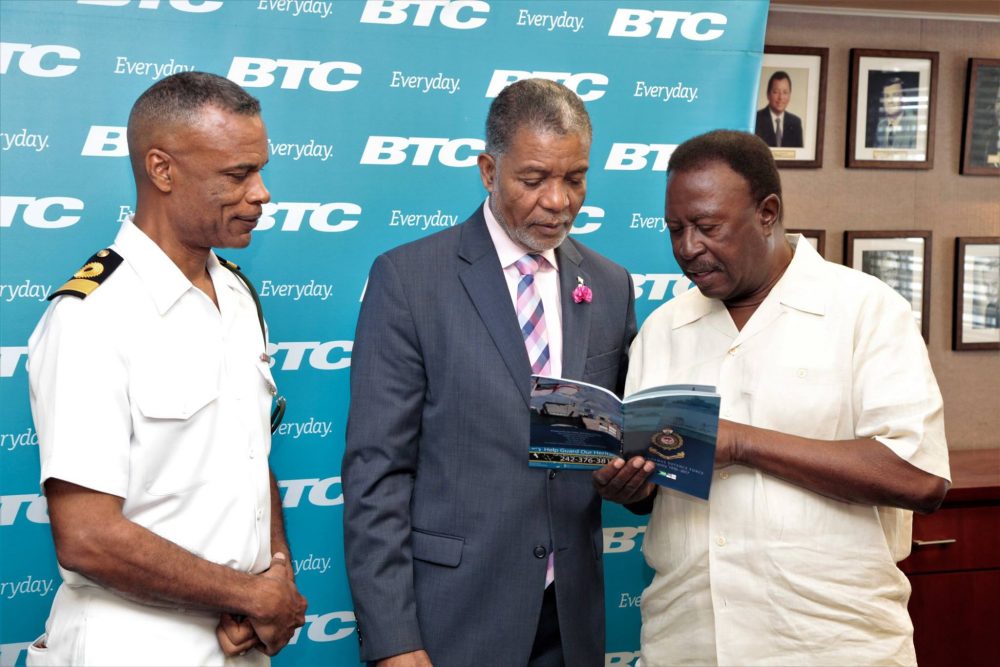