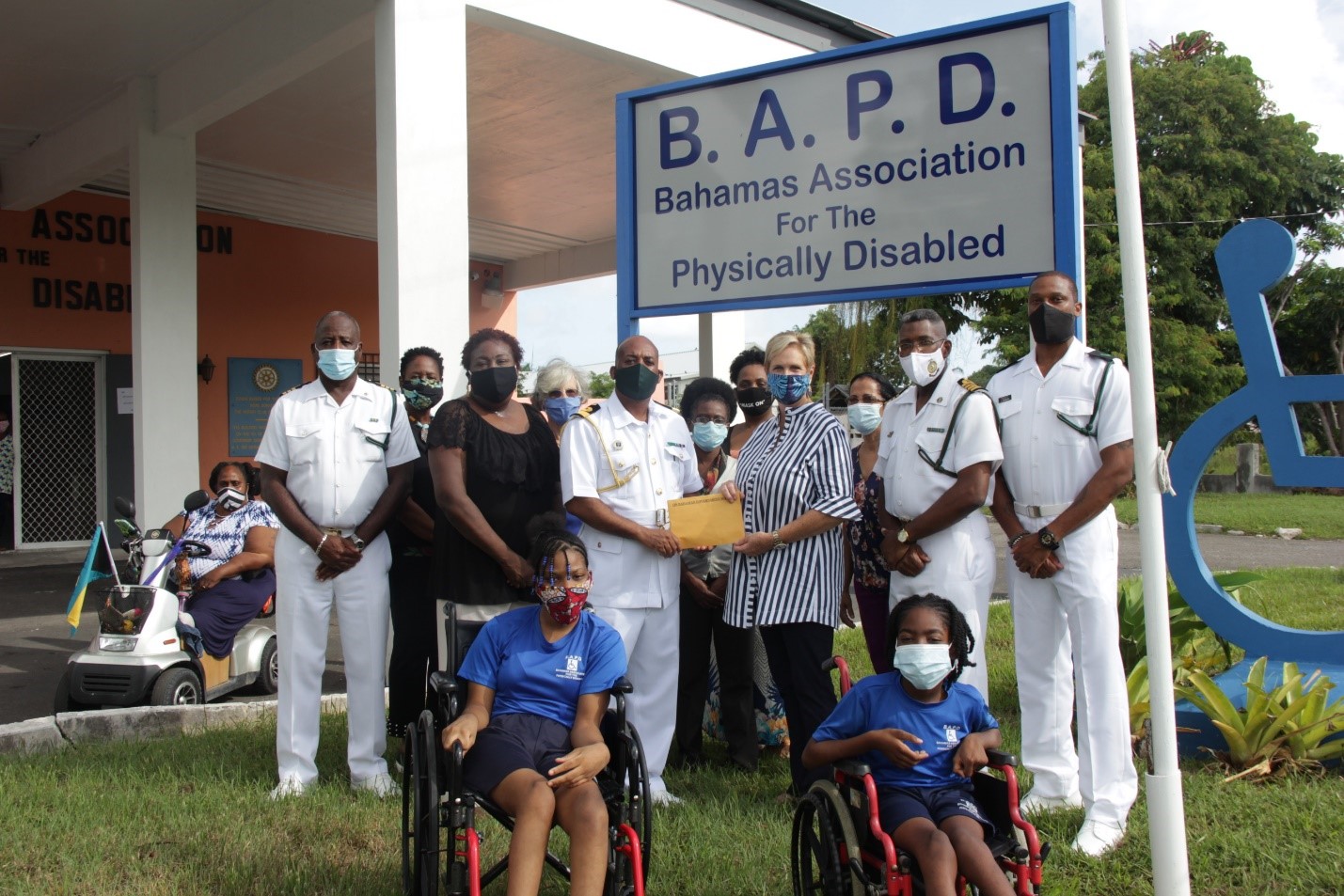 Defence Headquarters, 15 JUL. ’20 (RBDF): Commodore Raymond King and several members of the RBDF’s 40th Anniversary Committee, made good on their promise today to donate part proceeds of their fund raiser to the Bahamas Association for the Physically Disabled (BAPD). In a brief ceremony Wednesday morning at the BAPD Headquarters on Dolphin Drive, New […] 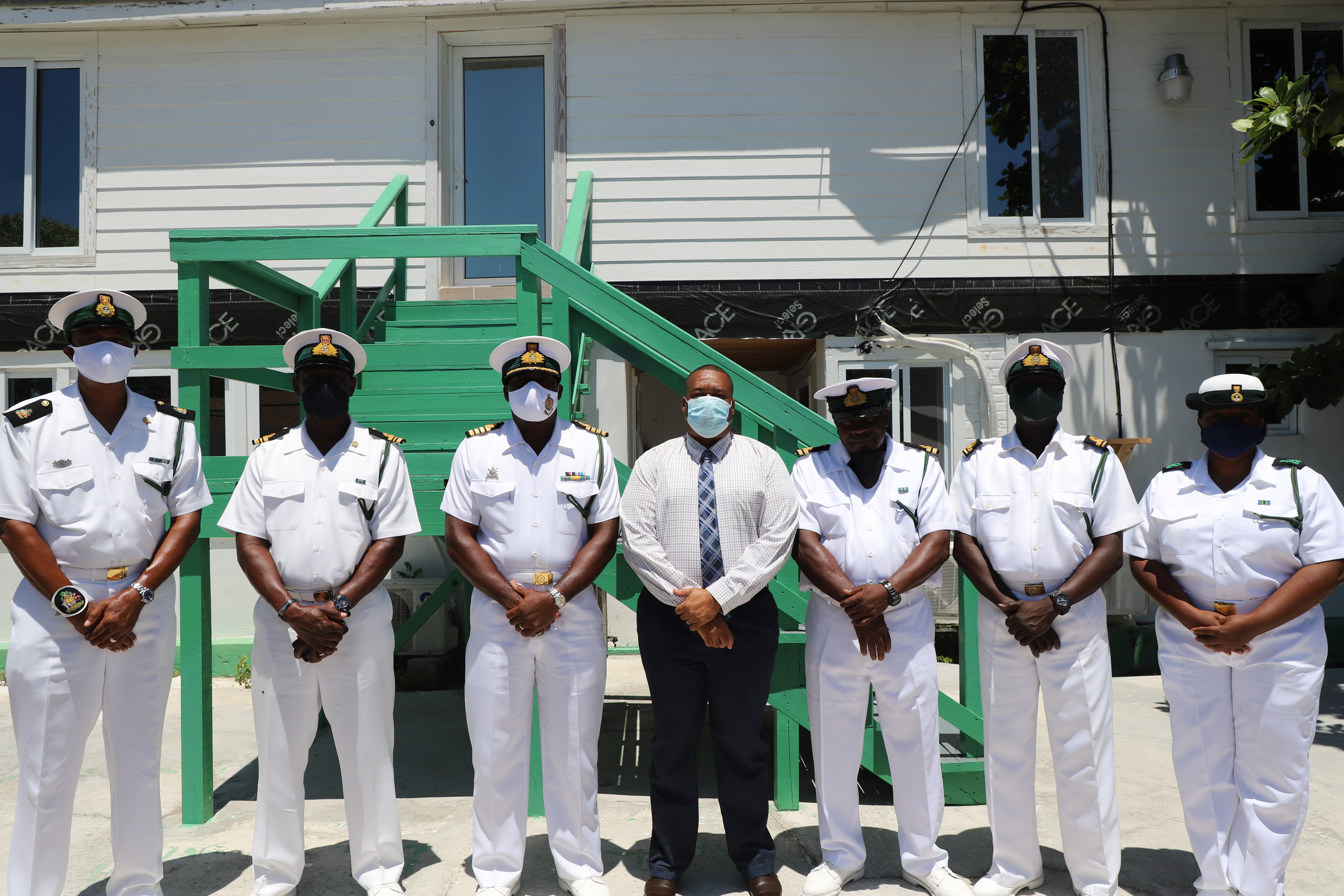 Coral Harbour Base, 06 JUL. ‘20 (RBDF): Captain Glenn McPhee, the Royal Bahamas Defence Force’s Commanding Officer for SOUTHERN COMMAND travelled to the Defence Force satellite bases in the southern and central Bahamas on Wednesday past on a familiarization tour. Accompanied by RBDF Senior Officers, Warrant Officer and Senior Rate, Captain McPhee met with the […] 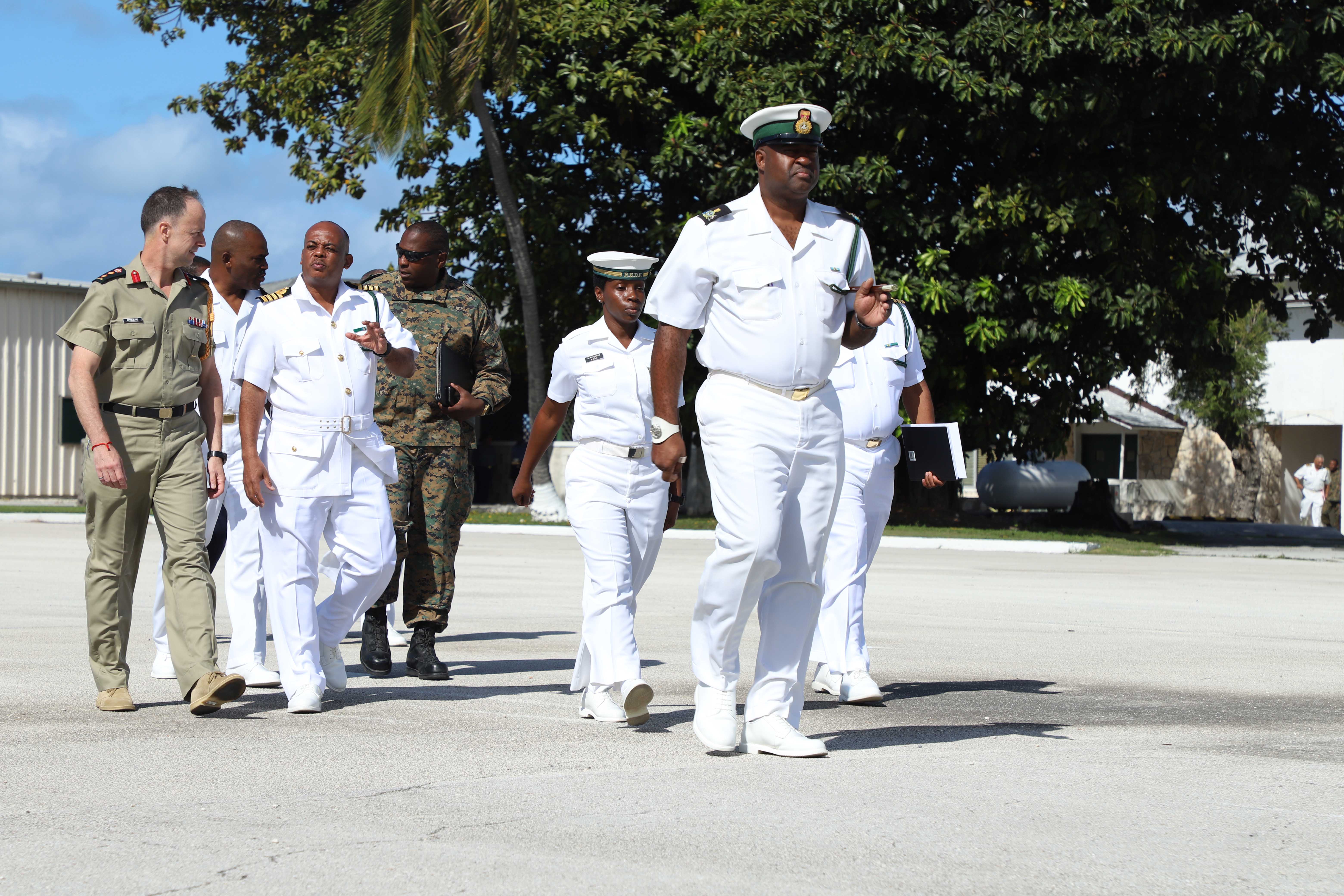 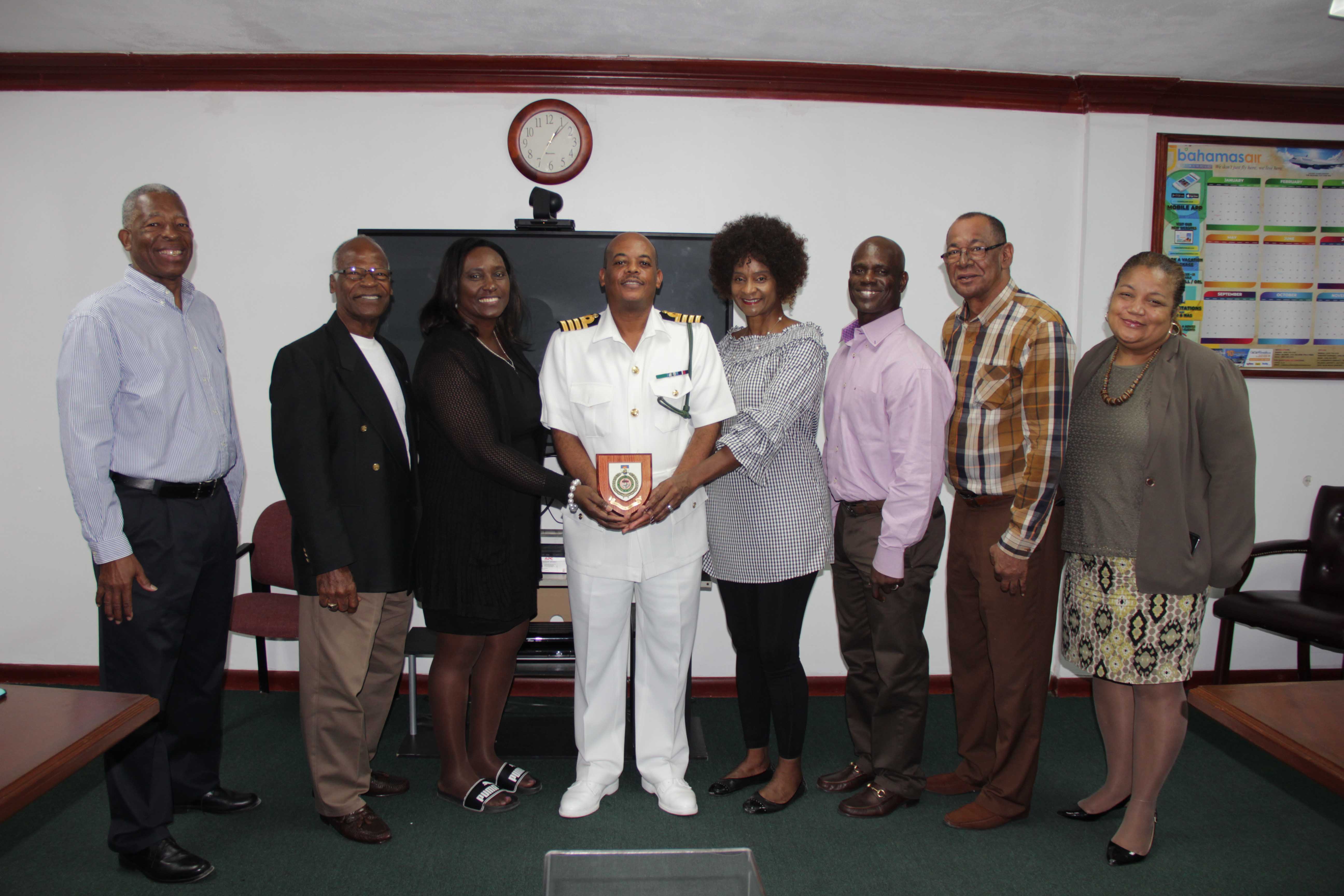 Coral Harbour Base, 02 DEC. ‘19 (RBDF):  Organizers of the Members of the National Sports Hall of Fame 2019 Class, along with five sports aficionados were recent special guests of the Royal Bahamas Defence Force as they were hosted to a luncheon at the Coral Harbour Base. Spearheaded by organizers Bernadette Davis-Smith and Oria Wood-Knowles, the […] 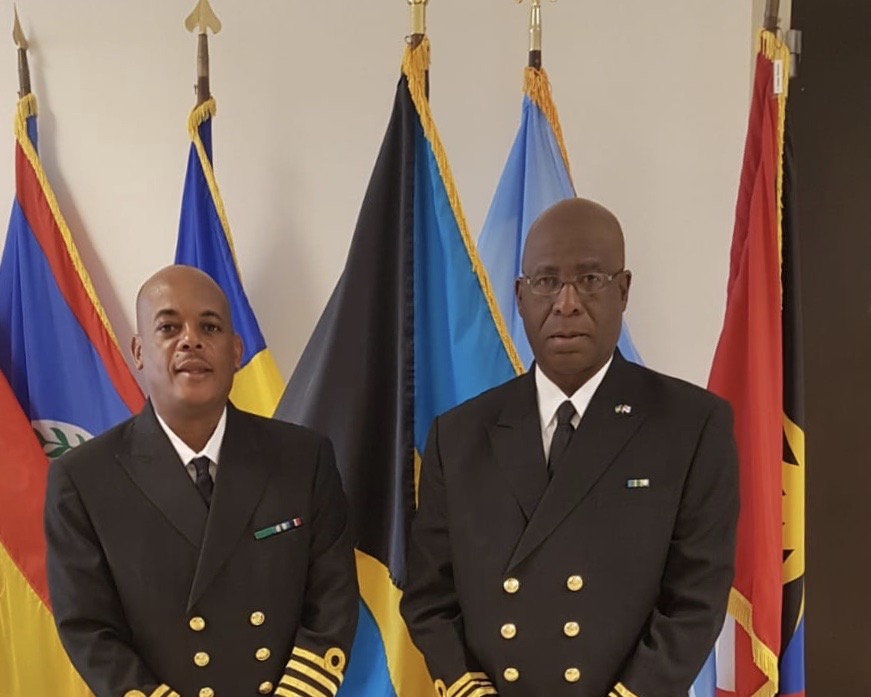 Coral Harbour Base, 22 NOV. ‘19 (RBDF): Captain Raymond King, Acting Commander Defence and Lieutenant Commander Floyd Moxey, Assistant Base Executive Officer were participants in the Conference of Defense Ministers of The Americas Ad Hoc Working Group on the “Evolving Role of the Armed Forces in Defense and Security Issues.” The meeting was held at the […] 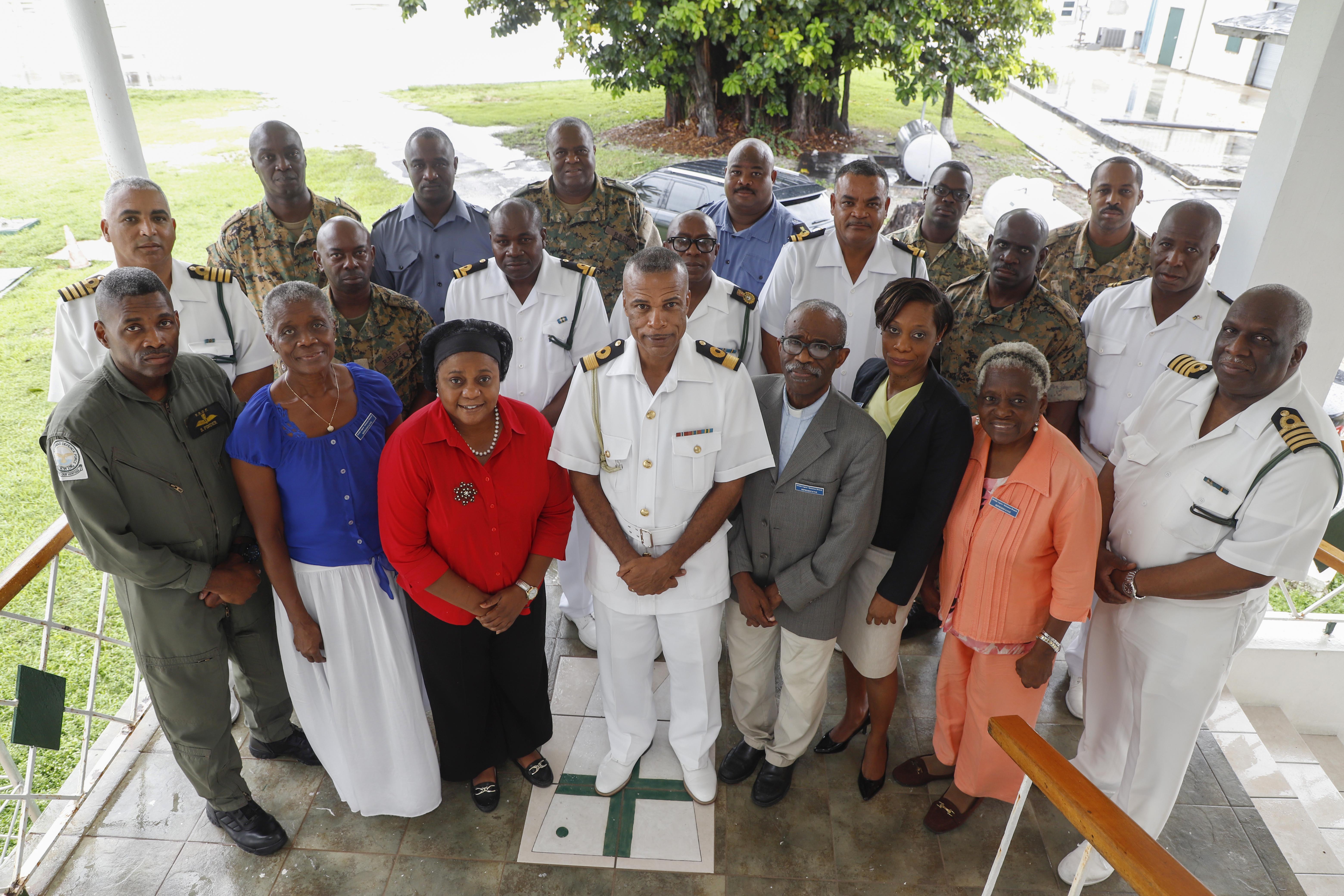 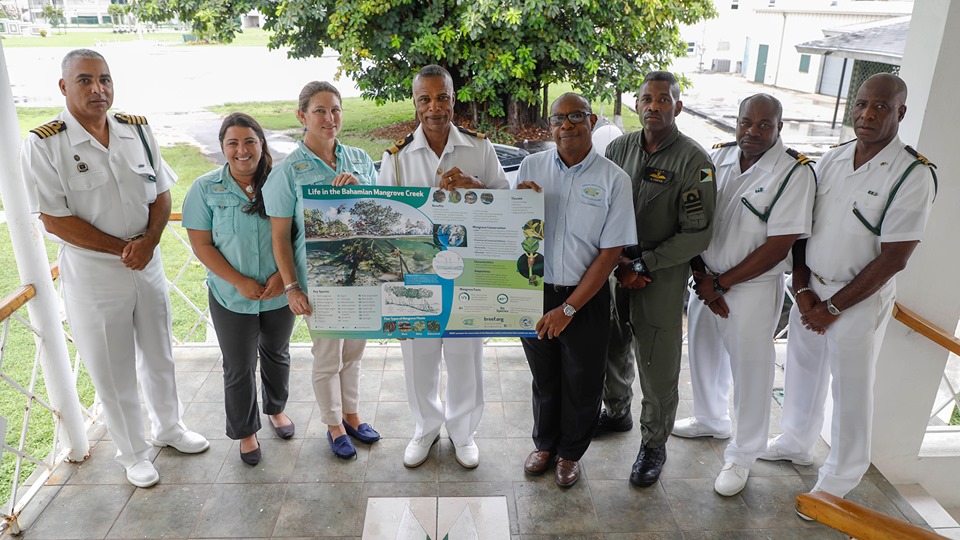 Representatives from the Bahamas Reef Environment Educational Foundation (BREEF) paid a courtesy call on Commander Defence Force on August 23, 2019 at Coral Harbour Base. During the visit, BREEF Executive Director, Mrs. Casuarina McKinney-Lambert, presented copies of the Foundation’s 2019 Edition of “A Quick Guide to Fisheries Regulations of The Bahamas”. The Guide was first […] 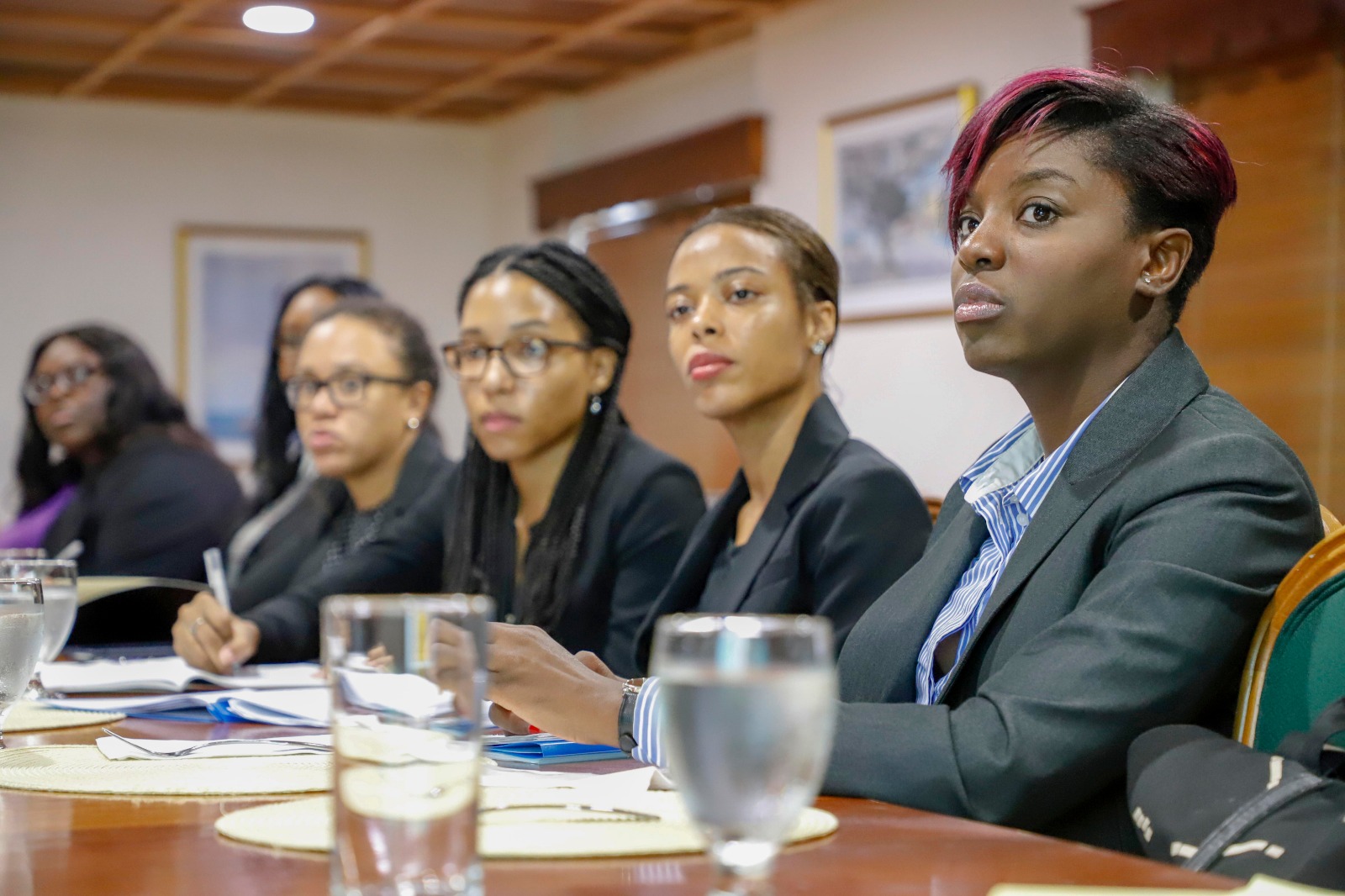 The Ministry of Foreign Affairs new recruits visited HMBS Coral Harbour as part of the Ministry’s Induction Training Programme on Thursday, 22 August 2019. The 13 new recruits were hosted to a presentation by Commander Defence Force, Commodore Tellis Bethel on the history, role, functions and operations of the Royal Bahamas Defence Force in safeguarding […] 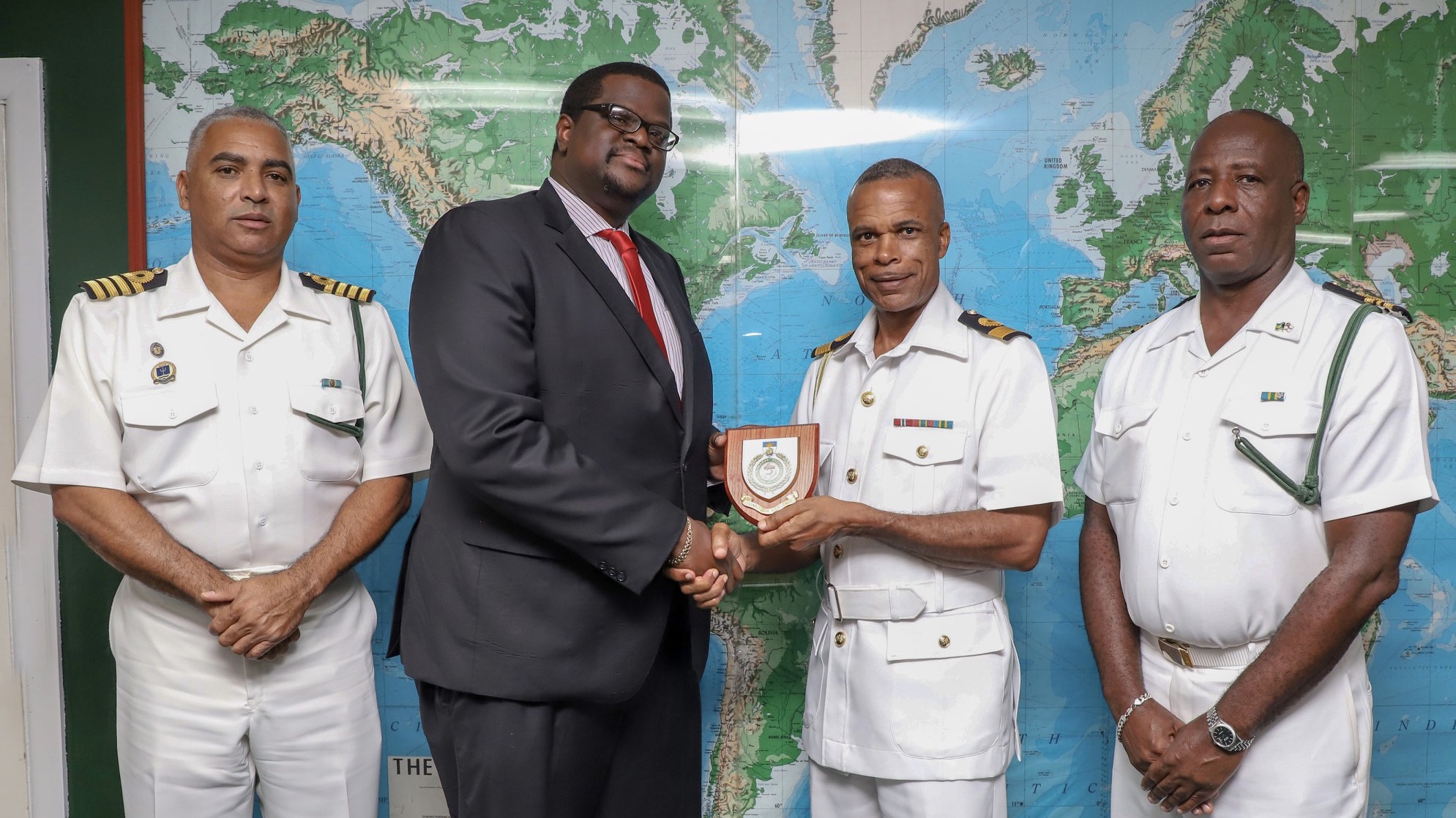 The President of the Bahamas Bar Association, Mr. Kahlil Parker paid a courtesy call on Commander Defence Force, Commodore Tellis Bethel, on Thursday, 25th July, 2019 at HMBS Coral Base. The president was hosted to lunch where a number of topics related to the implementation of the RBDF Court Martial justice system were discussed. In […] 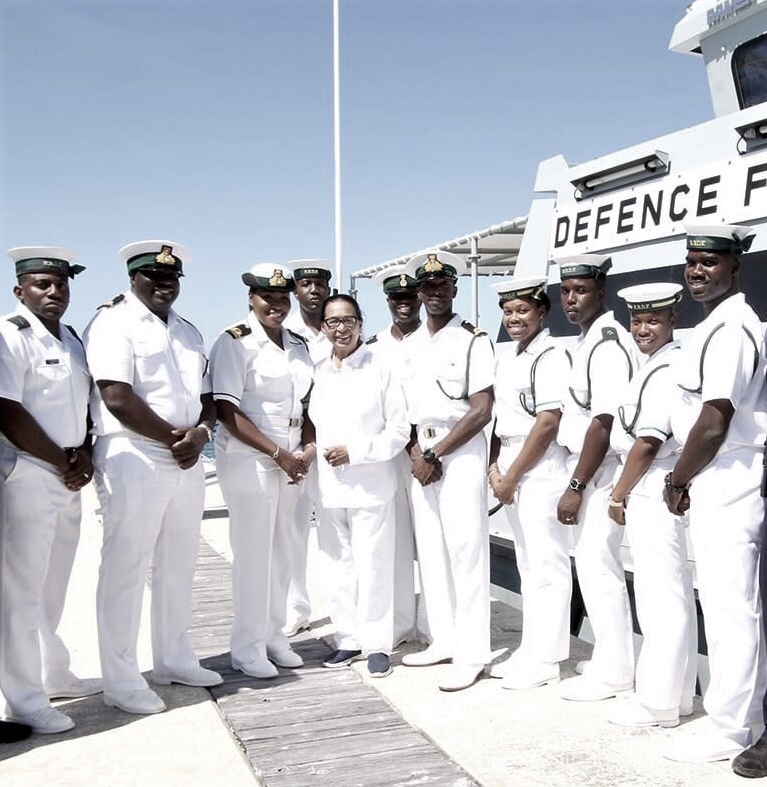 Her Excellency rides Aboard RBDF Craft

Coral Harbour Base, 26 APR. ‘19 (RBDF):  Senior Lieutenant Samantha Hart, the commanding officer, and the the crewmembers of Her Majesty’s Bahamian Ship MADEIRA, hosted Her Excellency the Most Honourable Dame Marguerite Pindling aboard the 100-foot patrol craft on Wednesday 24 April in Elizabeth Harbour.  The Governor General was transported from the Marina at Emerald Bay, […]