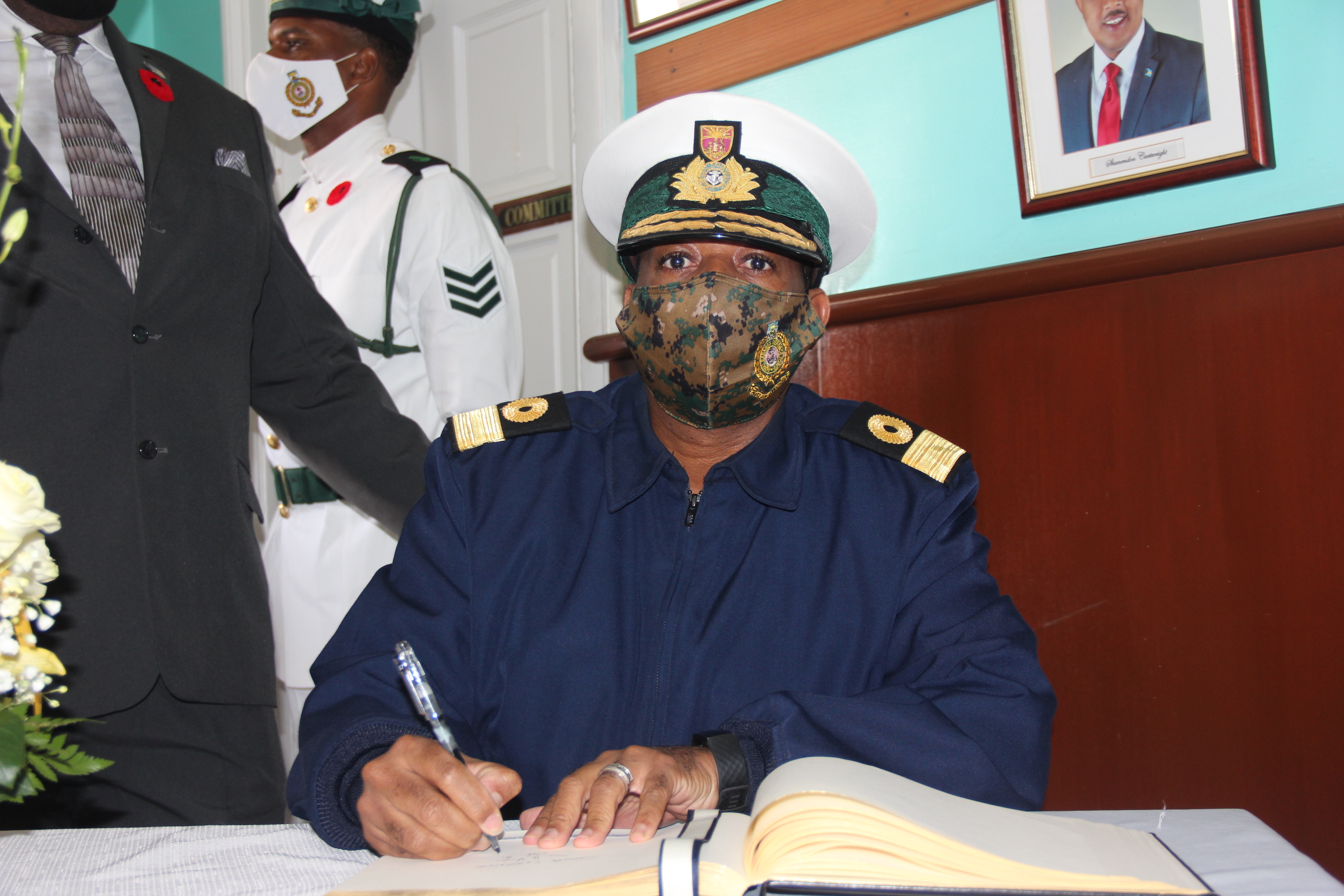 Commander Defence Force, Commodore Raymond king, paid last respects during the viewing of the body of former parliamentarian, the Honourable Darrell Rolle on Thursday November 5, 2020 in the halls of the House of Assembly.

The late Former Member of Parliament and Former Cabinet Minister, who died on October 12, held numerous portfolios during his tenure in government.  His last Cabinet post was Minister of National Security, a position he held from 1990 until August 1992.

A private funeral service for the late parliamentarian takes place on Friday, November 5, 2020.