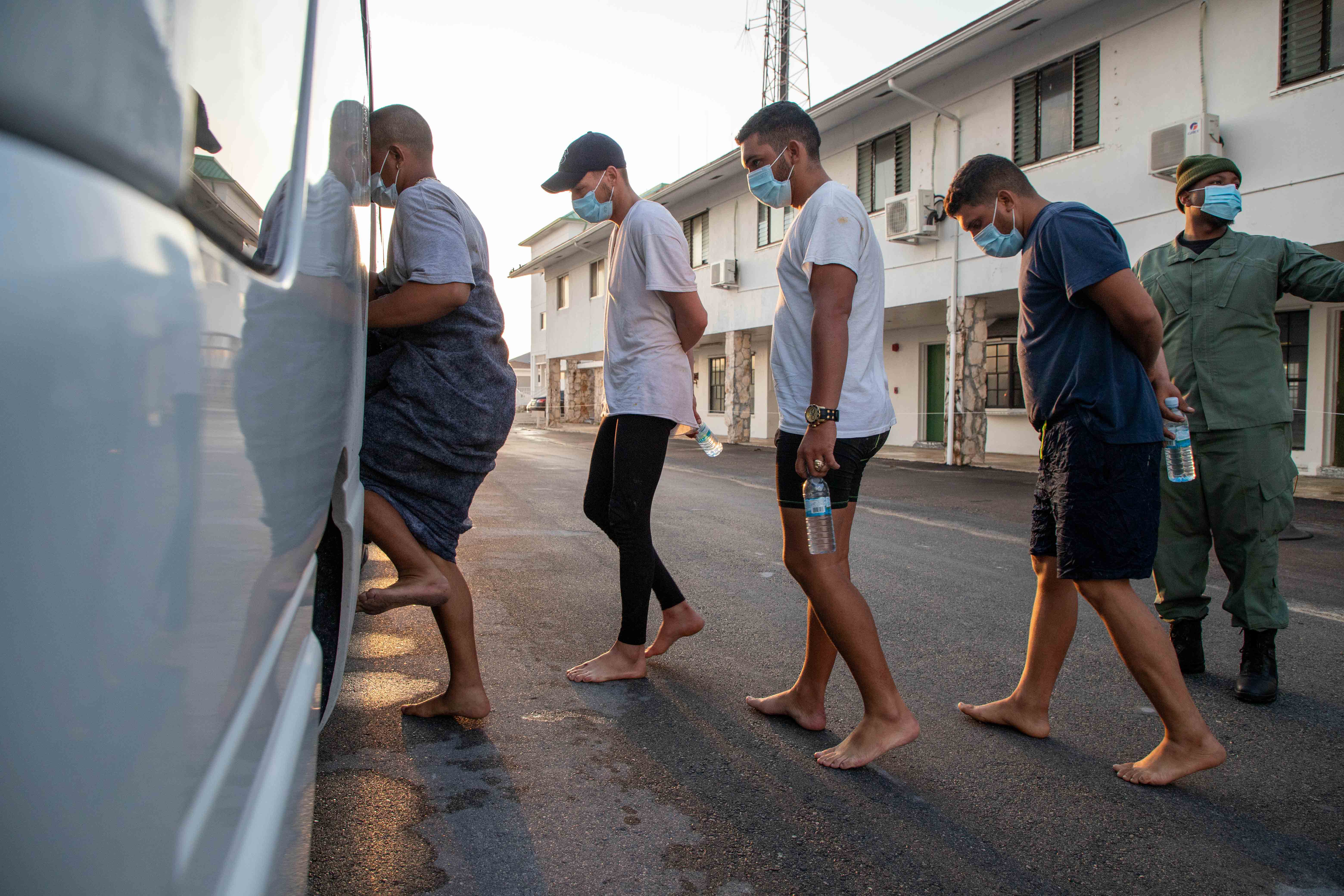 Her Majesty’s Bahamian Ship DURWARD KNOWLES secured alongside Coral Harbour base with two groups of Cuban Migrants on Sunday 07 March 2021. One group of six (6) Cuban nationals were retrieved by the United States Coast Guard. The second group of twelve (12) Cuban nationals were rescued in the Southern Bahamas during a joint effort by members of the Royal Bahamas Defence Force, Operation Bahamas, Turks and Caicos (OPBAT), and the United States Coast Guard.

On Wednesday 3 March, six (6) individuals were captured after being sighted on Anguilla Cay and taken aboard a US Coast Guard cutter. While in the area, the USCG vessel also sighted Cuban nationals on Cay Sal. HMBS DURWARD KNOWLES, under the command of Senior Lieutenant Jataro McDonald, was dispatched to investigate.

After arriving in the area, HMBS DURWARD KNOWLES conducted an extensive search of the surrounding cays, waters, and inlets for additional individuals. The Defence Force patrol craft rendezvoused with the USCG vessel on Thursday shortly after 2:00 pm, to receive the six (6) individuals.

After 4:00 pm Thursday, HMBS DURWARD KNOWLES sighted a capsized vessel in waters approximately three (3) nautical miles south of Cay Sal and retrieved twelve (12) Cuban nationals, along with an additional deceased individual. The ship returned to Coral Harbour base with the Cuban Nationals on board where they were handed over to the relevant authorities.