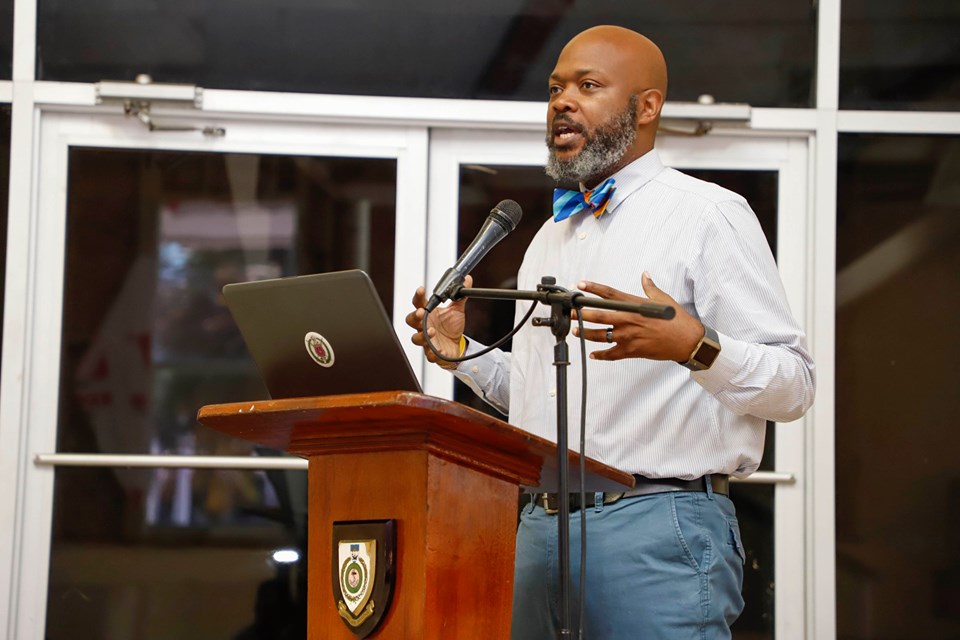 An Ebola Sensitization Meeting coordinated by officials at the Public Health Authority (PHA) and the Royal Bahamas Defence Force was recently held at the Coral Harbour Base on August 16, 2019.

The purpose of the meeting was to inform members of the RBDF of the threats and challenges of the Ebola virus and preventative measures necessary by organizations like the RBDF that are on the frontline of border security. The recent outbreak in the Democratic Republic of Congo is the second-largest recorded behind the West Africa outbreak of 2014-2016.

In attendance at the meeting were the Minister of Health Dr. Duane Sands, the Permanent Secretary at the Ministry of Health, Mr. Marco Rolle, Commodore Tellis Bethel, and members of his executive and leadership teams.

Although, the prospects of the Ebola virus reaching The Bahamas is currently low, both Minister Sands and Dr. Brennen highlighted the significance of the role of the RBDF in protecting our borders and emphasised the importance of identifying, isolating and reporting suspected cases. Members of the RBDF were made acutely aware of the possibility of coming across someone with the Ebola Virus is always possible.

Also, during the session, Dr. Brennen informed the audience that further planning, training and protective equipment matters will be addressed. This training would be a continuation of the training RBDF members received when there was an outbreak of the Ebola Virus in the Democratic Republic of Congo in 2014.

The Royal Bahamas Defence Force is constantly seeking ways to improve and strengthen the effectiveness of its response to such eventualities as the potential threat of the spread of communicable diseases.