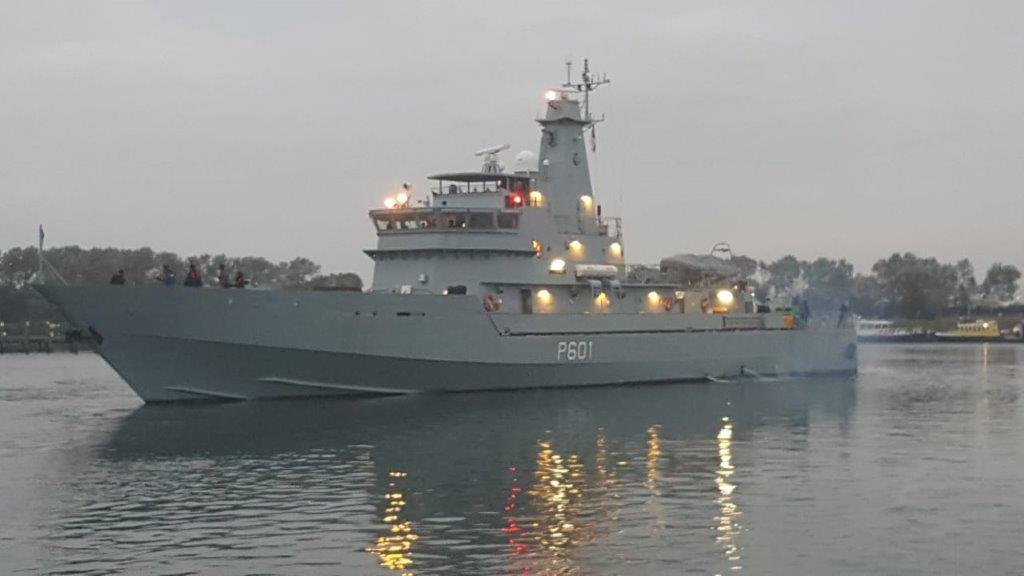 Coral Harbour Base, 08 OCT. ‘18 (RBDF): After spending approximately 20 months at the
Maaskant Shipyard in Stellendam, Netherlands, Her Majestys Bahamian Ship (HMBS)
BAHAMAS, Bahama Class vessel in the Royal Bahamas Defence Forces (RBDF) fleet departed
early Thursday morning for Coral Harbour Base.
HMBS BAHAMAS is expected to run under her own steam on this trans-Atlantic voyage,
arriving in New Providence later this month. On Wednesday October 10, she is expected to make
a port of call in Funchal, Madeira, Portugal before continuing on her journey.
Built in the United States in 1999, the 200-foot patrol craft has completed her first ever refit of
bridge, machinery, and equipment. The refit program was initiated at Bradford Marine Shipyard
in Freeport, Grand Bahama and was completed in the Netherlands earlier this month.
The RBDF flagship is under the command of Commander Gregory Brown with a complement
of 31 crewmembers, along with 3 Dutch advisors. On arrival to the capital, HMBS BAHAMAS
will join the existing fleet of the Royal Bahamas Defence Force in guarding the territorial seas of
The Bahamas.