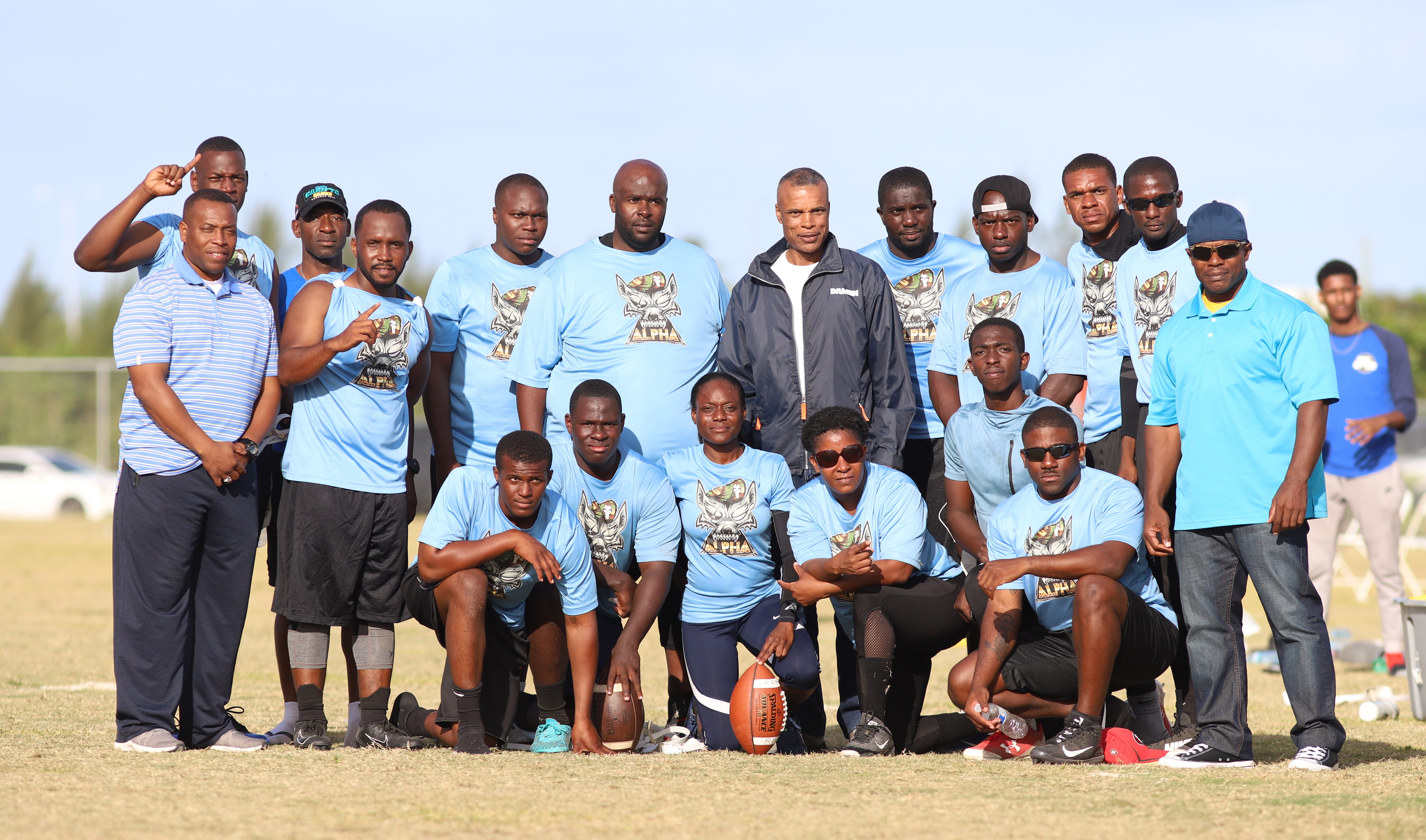 The Officers and Marines of the Royal Bahamas Defence Force took to the grid iron on March 30 for a day of fun during the Force’s 1st Annual Commodore’s Bowl Flag Football Tournament.

On hand at this first event of its kind for a security force in The Bahamas were Commissioner, Ms. Alexandria Deal of The Bahamas Flag Football League, who presented Commodore Tellis Bethel, the Commander Defence Force with a gift. Also accompanying the Commissioner from the League was Mr. Jayson Clarke, the President, along with referees Radley Knowles and Damien Longley, who officiated the game.

The Officers and Marines were organized into four teams representing Alpha, Bravo, Charlie and Delta. The historic day was  filled with spins, hits and misses at the football playing fields, near the Thomas A. Robinson Stadium. By day’s end, Teams Bravo and Delta were eliminated; and Team Alpha proved too much for Team Charlie and won the championship match.

Coached by Leading Seaman Melvin Smith, Team Alpha scored two early touchdowns and held on for a final score of 14-0.

“The practices payed off for my team,” said Coach Smith. “We always knew we had the fastest and toughest players, so it was just a matter of putting all the combinations together. A great game, and we look forward to defending our trophy.”

The tournament is one of several events on the Defence Force’s sporting calendar, which is aimed at encouraging camaraderie and sportsmanship among the men and women of the Force. The planned events are in keeping with the Commander Defence Force’s intent to be a fit fighting Force.

As the Royal Bahamas Defence Force celebrates 39 years an official organization on March 31, the men and women continue to guard and protect the territorial integrity of The Bahamas.