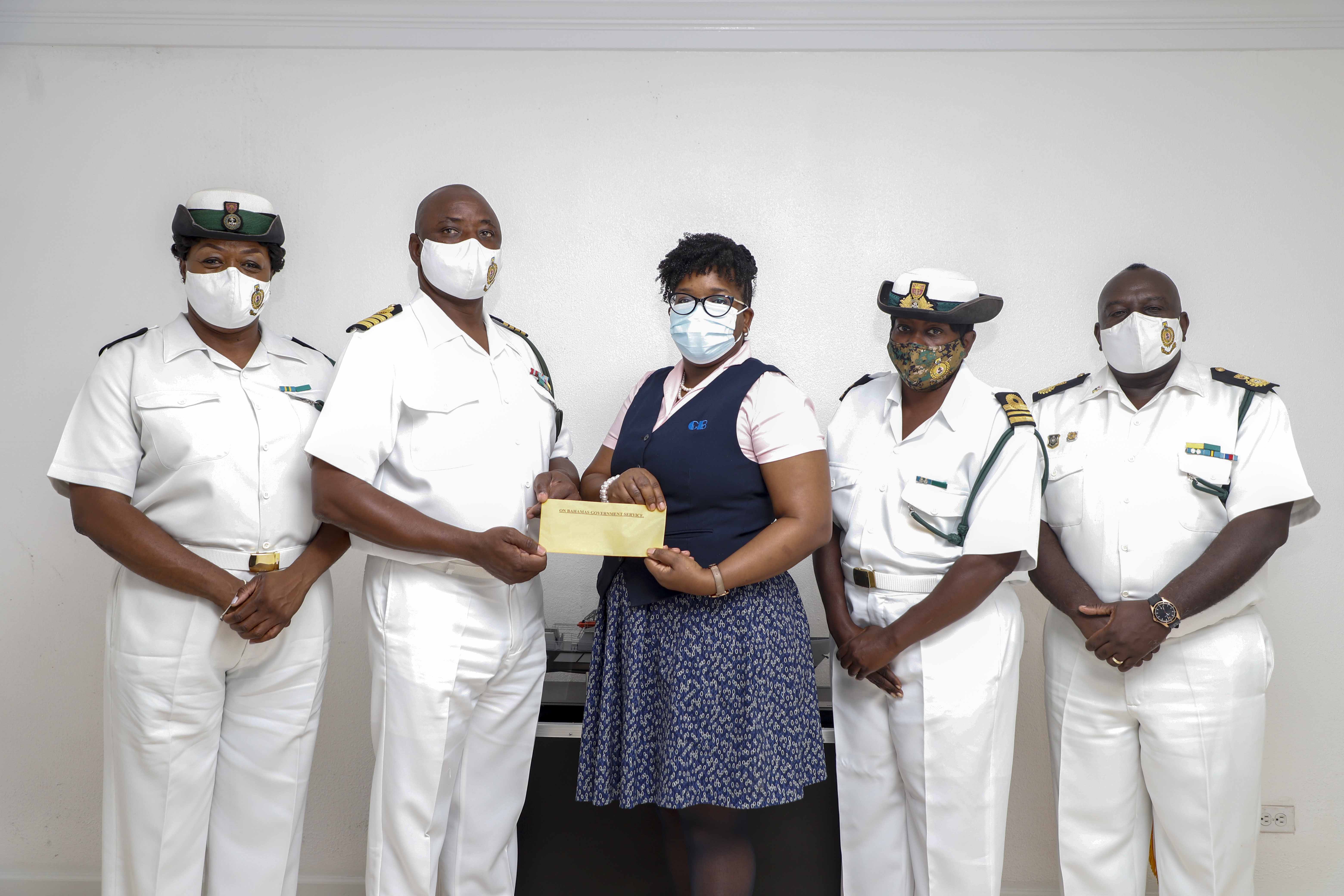 The Officers and Marines of the Royal Bahamas Defence Force along with members of the Morale, Welfare and Recreation Department recently made financial contributions to one of their comrades at Defence Headquarters, John F. Kennedy Drive.

In keeping with the Commander Defence Force’s intent as it pertains to the well-being of RBDF personnel, the financial contribution was presented on April 13, 2021 to Retired Chief Petty Officer Maxwell Johnson, who is currently receiving medical attention.

Receiving the presentation for Retired Chief Petty Officer Johnson’s donation was his daughter, Ms. Macniece Johnson, who expressed gratitude for the financial contribution, and assures that her father is also appreciative. Presenting the check on behalf of Commander Defence Force, Commodore Raymond King, was (Acting) Captain Coral Harbour Captain Shawn Adderley. He said that it was a small gesture the organization gladly undertook to assist the Senior Enlisted who give selflessly to their organization and by extension, the country.

According to Chief Petty Officer Ingraham, this is an ongoing initiative to ensure the morale and well-being of the Officers and Marines are met.