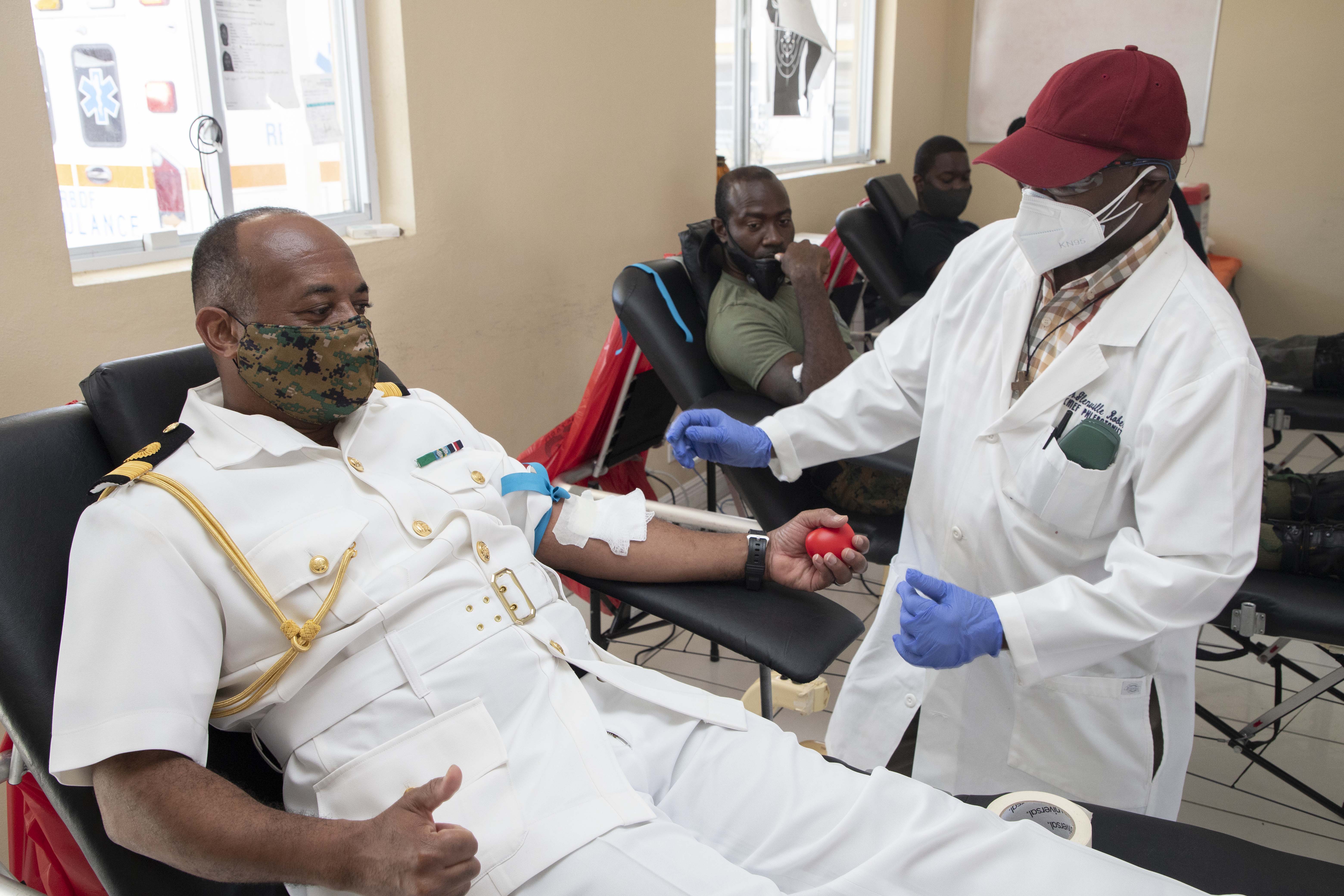 Members of the Royal Bahamas Defence Force recently partnered with the Public Hospital Authority to conduct a Blood Drive on Thursday, February 25th, 2021 at the Carmichael Road Detention Centre facility.

The drive, which enforces the Commander Defence Force, Commodore Raymond King’s strategic objective of strengthening relationships with local agencies and the community at large in the spirit of giving, was organized by Commander Natasha Miller, Commanding Officer for the RBDF’s Military Police and Force Protection Unit.

To further strengthen relationships with partnering agencies, members of the Bahamas Immigration Department also participated in the exercise which was conducted on Thursday 25th February 2021, at the Detention Centre, Carmichael Road. Commander Miller expressed thanks to all who donated for a worthy cause, and commended each individual for their courageous act in an effort towards giving the “Gift of Life”.

Giving full support to this initiative were Commodore Raymond King, along with Captain Glenn McPhee, and Deputy Director of Immigration Mr. Dwight Beneby, who were all at the facility.

The Royal Bahamas Defence Force remains committed to strengthening relationships with local agencies and the community at large while guarding our heritage.