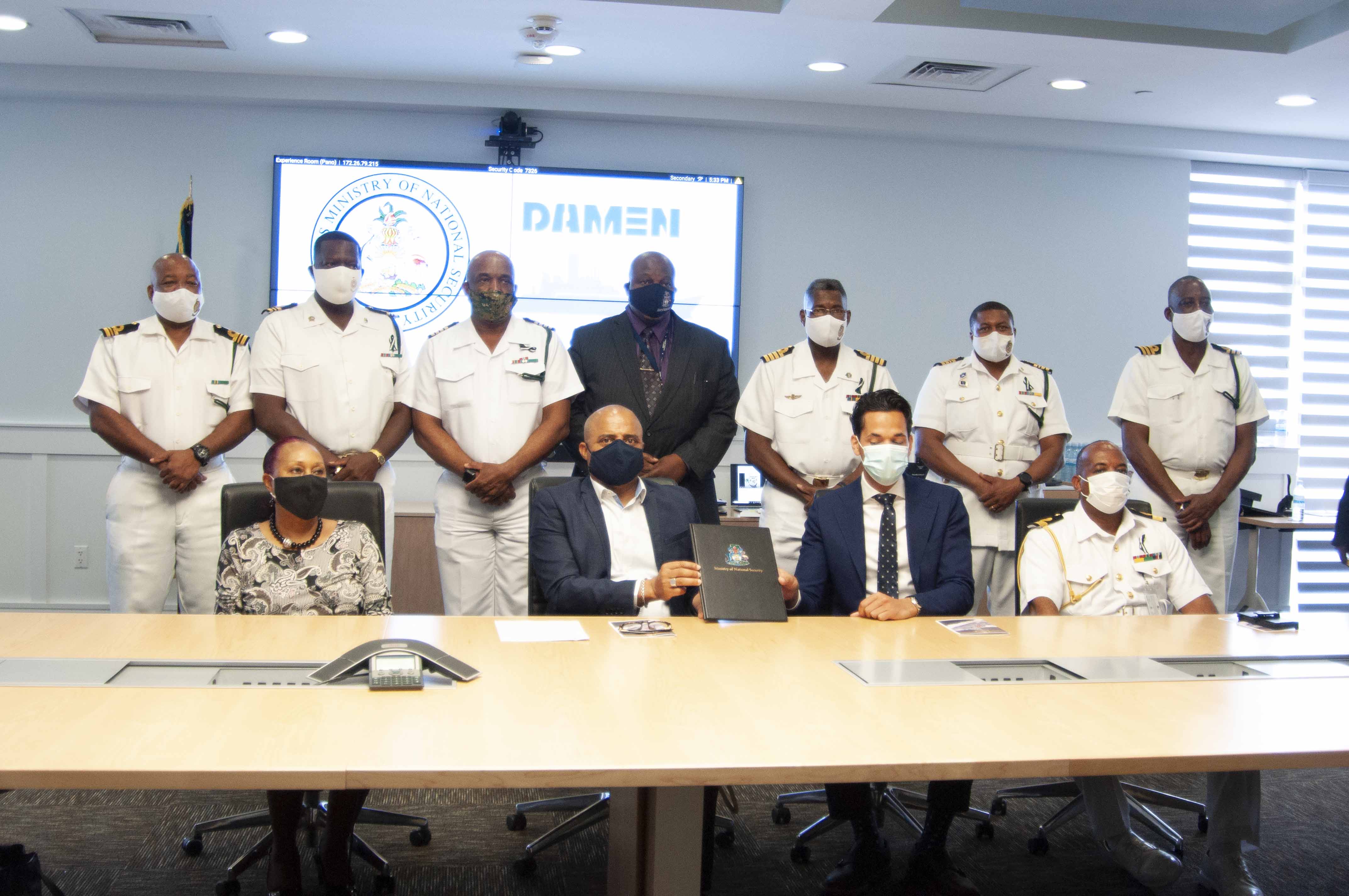 In keeping with the Commander Defence Force, Commodore Dr. Raymond King’s strategic focus on the material readiness of its fleet of vessels and enhanced situational and maritime domain awareness in protection of our borders, contracts were signed for a Long-Term Service Agreement with Damen Shipyards, and also for the RBDF Audio-Visual Integration Communication System (ICS), on Thursday, May 27, 2021, at Ministry of National Security Orville A. Turnquest Building.

The Audio-Visual ICS is expected to work in conjunction with the Marco Alert Public Warning System Law, which was signed earlier by the Minister of National Security, the Honorable Marvin Dames. This system for the Defence Force will be secured at HMBS CORAL HARBOUR and will allow the RBDF to establish communications between its satellite bases as well as the transfer of vital information.

This Long-Term Service Agreement allows for the transfer of knowledge to the crew of the DAMEN-built vessel, as it relates to the operations, maintenance, engineering, design, logistics, and customer relations to further enhance maintenance and operational efficiency of the Stan Patrol vessels. This three-year training time frame will allow Defence Force personnel to be able to make all repairs and maintenance needed for the vessel.

The initial Sandy Bottom Project agreement was signed in 2014 between the government of The Bahamas, VAN Oord, and Damen Shipyard Group. This significant undertaking ushered in a new era in the history of the Royal Bahamas Defence Force. Since that time, a total of nine new state-of-the-art patrol and auxiliary craft was acquired, along with the refit of two Bahama Class vessels, improvements, and building of new jetties, docks, and breakwaters. Also, included were warehouses and facilities, ramps, an Operations Center and workshops, and a state-of-the-art Ship’s Bridge Simulator at the Coral Harbour Base.