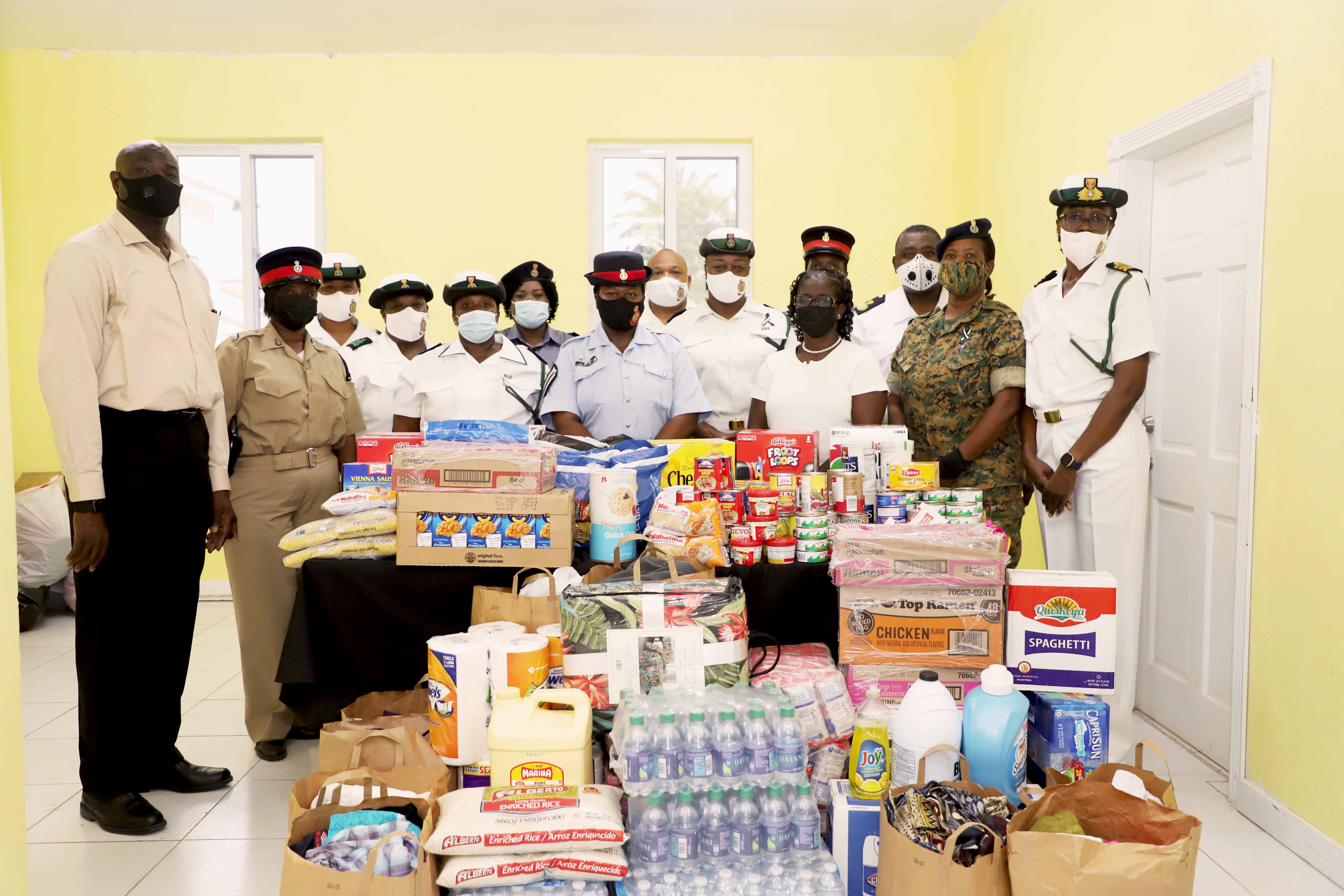 Members of the Royal Bahamas Defence Force’s Entry 29 and Woman Entry 4 recently celebrated their anniversary by giving back to a resident with food donations to assist the fire victims of the Peardale Community on Monday, May 31, 2021.

As the Royal Bahamas Defence Force continues to enforce the Commander Defence Force, Commodore Dr. Raymond King’s strategic objective of strengthening relationships with stakeholders and the community at large, the combined entry came together to donate the grocery items.

Accompanied by Police Officers from the Wulff Road Police Station and the neighborhood Urban Renewal, care packages and groceries donations were made to Pastor Darren Woods of New Good Will Church of God. These items would then be made available to the families affected by the Jennie Street fire on Sunday, May 2, 2021.

Pastor Woods was grateful to the Officers and Marines for their generous donation, which will go a long way in assisting those in need. Making the presentations was Petty Officer D’Andrea Gibson, who assisted in coordinating the efforts with past and current squad mates. She said that in commemoration of their anniversary, they agreed to donate to a charitable organization, and the recent fire in the community which destroyed several homes was a great initiative to assist the residents.

The combined squad of nineteen (19) members observed twenty-eight years as a unit, after enlisting on February 22, 1993. Some of the members have since left the organization, but together, they continue to make significant contributions to the organization and the nation at large.

Commodore Dr. Raymond King, along with the Officers and Marines of the Royal Bahamas Defence Force congratulate Entry29 Woman Entry 4 on their achievement and extend Bravo Zulu to them as they continue to give back to the community while serving their country.