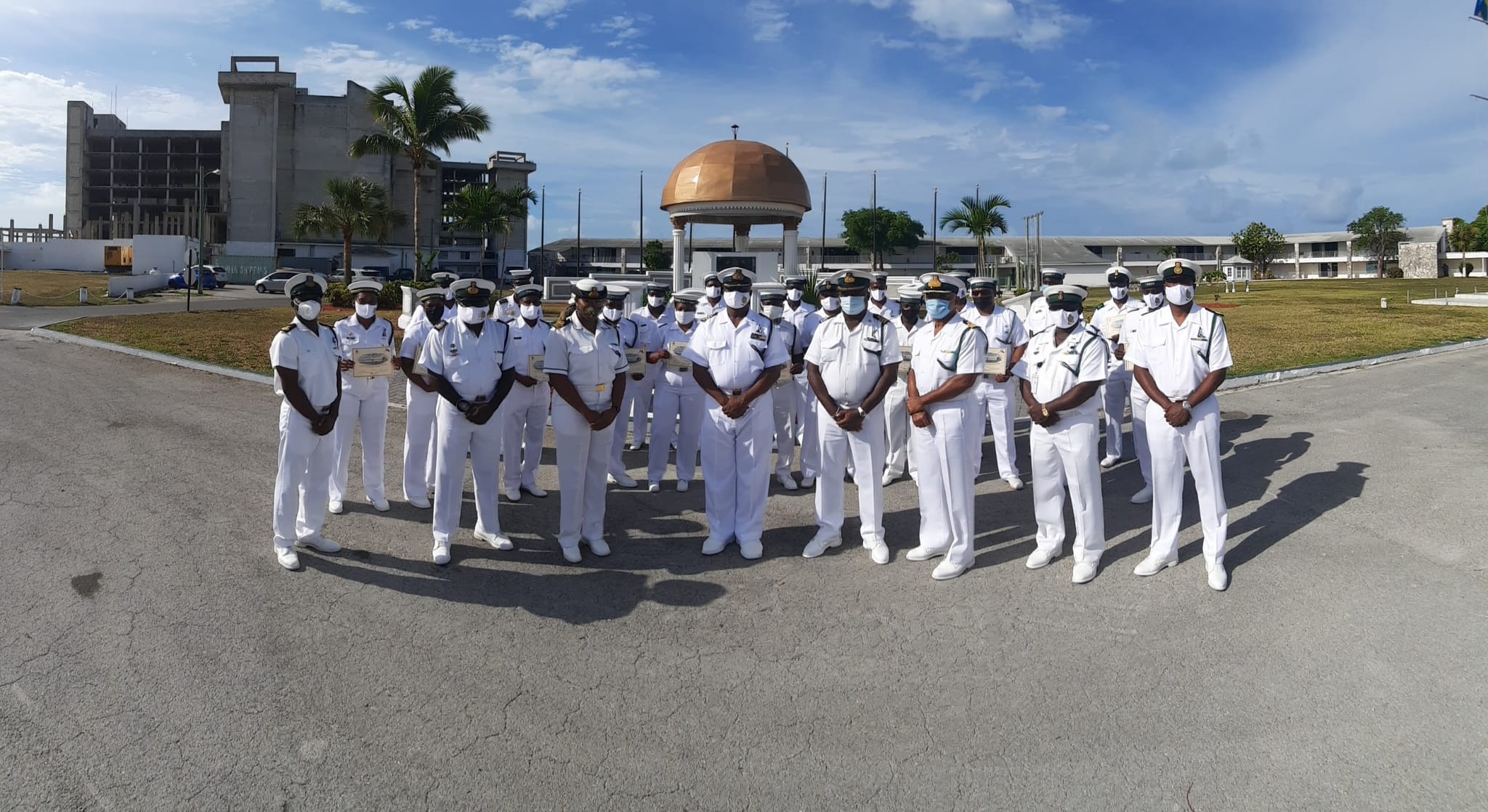 In keeping with the Commander Defence Force, Commodore Raymond King’s strategic intent of enhancing responsiveness to the security environment nationally and regionally, thirty-one Marines from the Squadron Department and the Harbour Patrol Unit completed the Crisis and Disaster Risk Management course.

Conducted at the HMBS CORAL HARBOUR from May 27-28, 2021, the course is designed to heighten the skillset of the men and women when deployed nationally or regionally during times of disaster. It also helps to strengthen the skills of marines by allowing them to identify and prepare necessary steps to be taken while in the fields during times of natural disasters.

The course participants gained knowledge about their duties while occupying hurricane shelters once deployed. Important topics such as Emergency Response, Disaster Victim Identification (DVI), Shelter Management, Violent and Criminal Behaviors, Active Shooter, First-Aid and Basic CPR as well. They were given instructions in helping to combat natural disasters which may evolve into a crisis.

During the practical aspect of the course, the Marines learned the identification of the various types of bombs and what procedures should take place to safely execute a crisis action plan. Each individual learned how to respond to a bomb threat, how to handle a bomb caller, how to search for bombs and explosives as well as how to properly and safely evacuate a building in case of an emergency. The DVI aspect gave the participants the skills and knowledge to deal with mass casualty situations and the removal and identification of victims. As well as DVI investigation involving evidence gathering tagging and labeling of evidence and body removal procedures.

During a closing ceremony on May 31, 2021, Captain Shawn Adderley, Acting Captain Coral Harbour, brought brief remarks and congratulated each participant on their achievements, along with the course instructors for sharing their wealth of knowledge. Also, in attendance was Commander Granville Adderley, Commanding Officer for the Crisis Risk Management Unit and Senior Enlisted staff of the Crisis and Disaster Risk Management Units.

It is expected that all members of the Royal Bahamas Defence Force complete the Crisis and Disaster Risk Management Course, which is a vital component to aid in the fight against illicit transnational activities in the country. As the Royal Bahamas Defence Force continues with strategic goals and objectives, the organization remains diligent in preparation for another hurricane season.