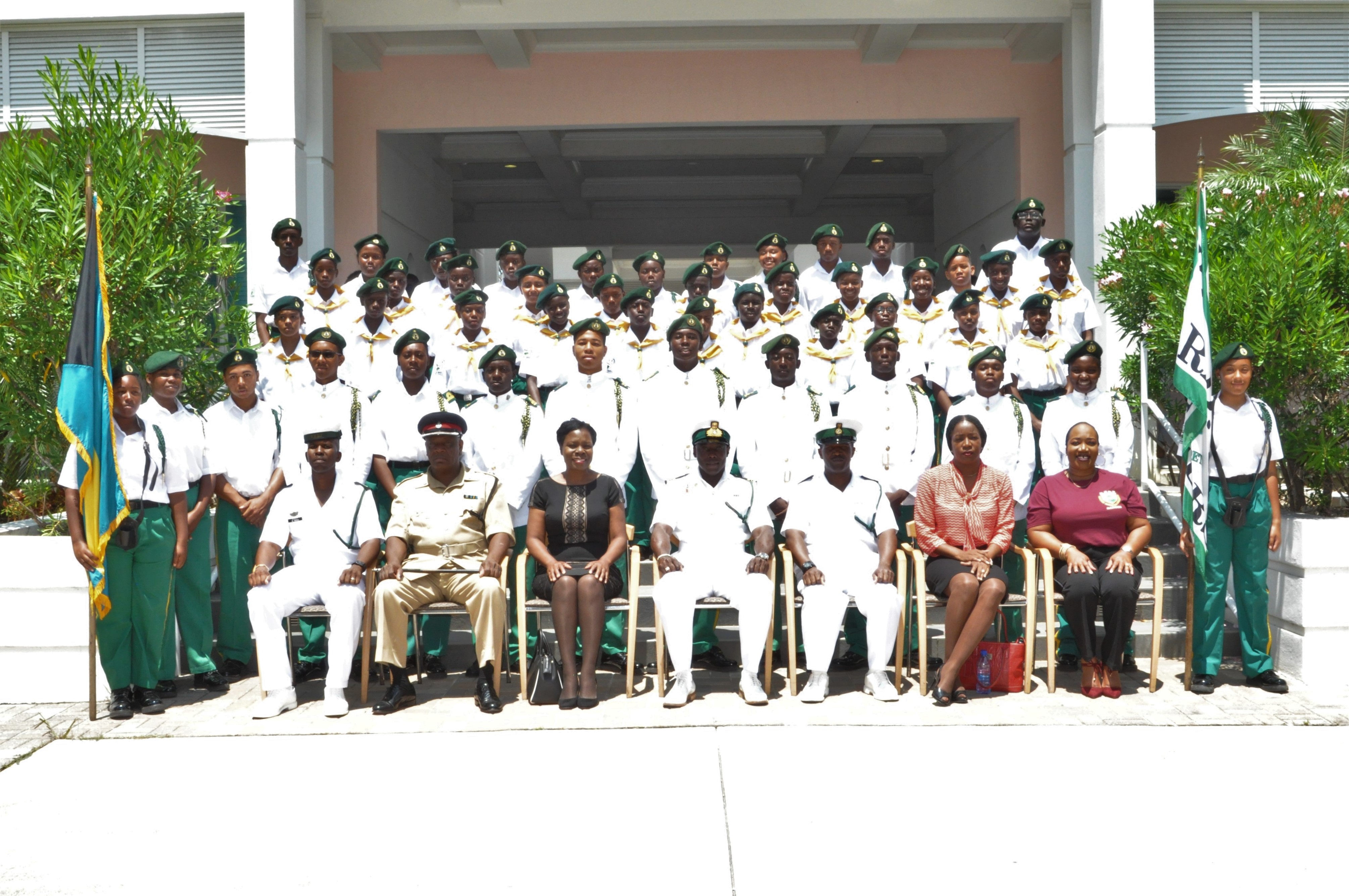 Coral Harbour Base, 12 JUN. ‘19 (RBDF): The Royal Bahamas Defence Force’s (RBDF) Rangers Program on the island of Abaco was recently strengthened with the addition of 21 students during a recent Passing out Parade ceremony.

Bringing remarks on behalf of Commodore Bethel for the occasion was Lieutenant Commander Clinton Johnson, the Executive Officer for Northern Command. He congratulated the newly graduated Cadets, and encouraged them to take advantage of the many opportunities afforded them through the program.

Following an inspection of the new Rangers Cadets by Lieutenant Commander Johnson, he congratulated them for successfully completing the intensive 9-month Recruit training program and highlighted some of the activities and achievements of the Defence Force Rangers.

“I urge you Rangers, to remember that you reflect what our nation’s future should represent, you are the next generation of doctors, lawyers and parliamentarians. You are the next generations of engineers, carpenters, plumbers and farmers. You make up our communities, churches and eventually our law enforcement personnel,” said Lieutenant Commander Johnson.

After a brilliant performance from the Rangers Special Drill Team, the students, who all came from 5 private and public schools in North and Central Abaco, were presented with certificates and awards.

Special Awards included the Minister of National Security Award, which went to Sarah Knowles of Forest Heights Academy. Knowles along with Kimora-Iya Doreus of the S.C. Bootle High School received the the Commander Defence Force Academic Achievement Award, and the Rangers Director Award was presented to Devontae Strapp of S.C. Bootle High School.