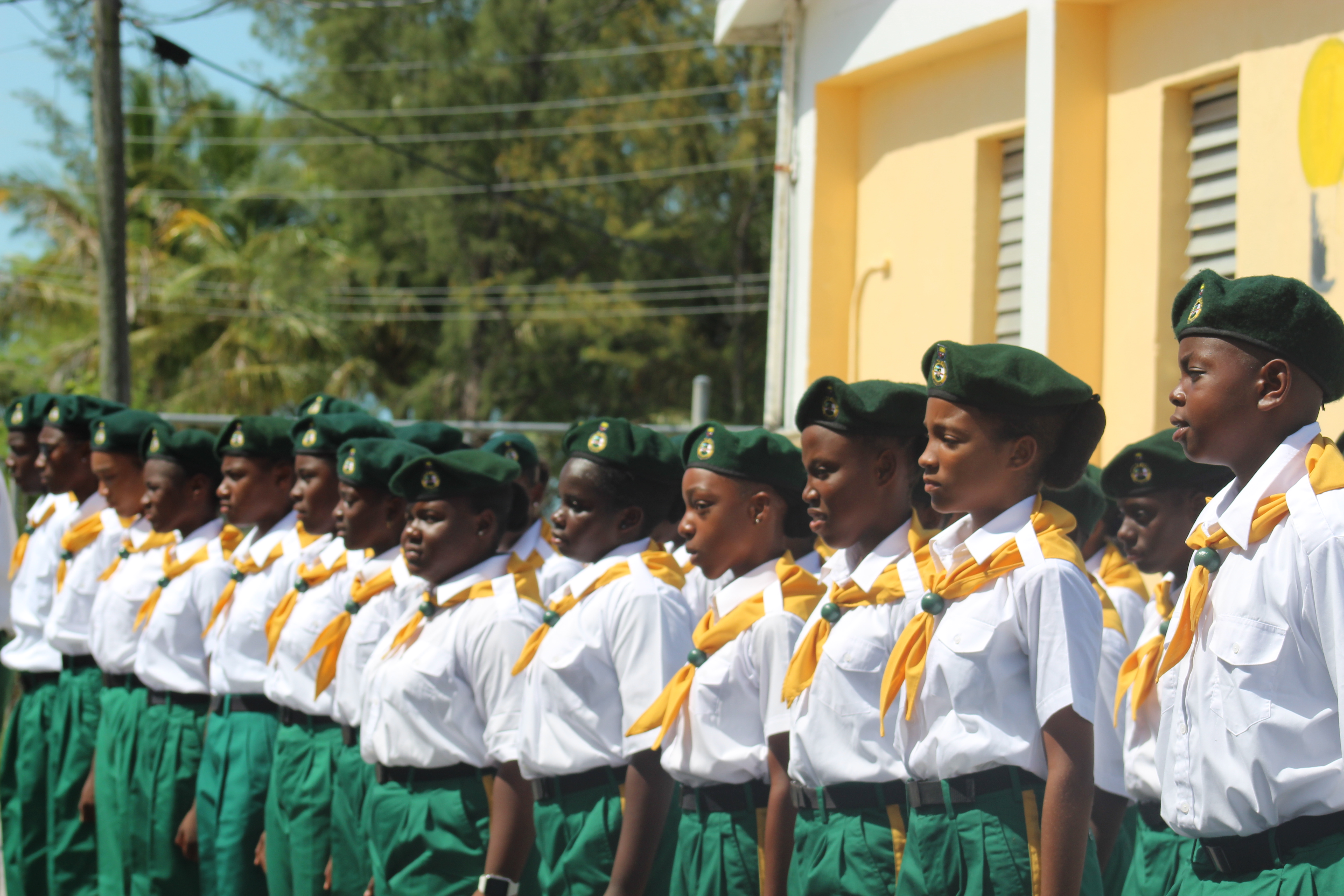 Coral Harbour Base, 02 JUL ‘19 (RBDF): A total of 54 students became full-fledged Rangers on the island of Eleuthera after they were recently inducted into the Royal Bahamas Defence Force’s (RBDF) Rangers Program.

In attendance at the ceremony was the Member of Parliament for North Eleuthera, the Honorable Howard Mackey, as well as the Commander Defence Force, Commodore Tellis Bethel.

Bringing keynote remarks was Commodore Bethel, who congratulated and commended the graduates on behalf of the Minister of National Security, the Hon. Marvin Dames, and himself for successfully completing 8 months of vigorous training in preparation for this day.

According to Commodore Bethel, the RBDF Rangers has been in existence since 1995 and has expanded to include some 1500 members, with over 24 schools in new providence and 29 schools in 8 family islands. The Rangers program was introduced to the island of Eleuthera last year, and the students are taking full advantage of the opportunities.

“We partner with government, non-government and private sector agencies such as BAMSI, GGYA, and the Bahamas National Trust to ensure maximum benefits and certifications for our Rangers,” said Commodore Bethel. “We have over 30 rangers who will be travelling this month to hocking college in July in Ohio to engage in certification programs such as renewable energy, welding and firefighting and 4 rangers from Eleuthera will be a part of this program. Right now

Special Awards were presented to a number of students. These awards included the overall Minister of National Security Award, which went to Astralia Carey from Harbour Island All-Age School; the Commander Defence Force Awards were presented to Michaella Lockhart and Mahalia Lockhart of North Eleuthera High School and Madison Wilson of Harbour Island All-Age School; and the Rangers Director Award was presented to Don Johnson of North Eleuthera High School.