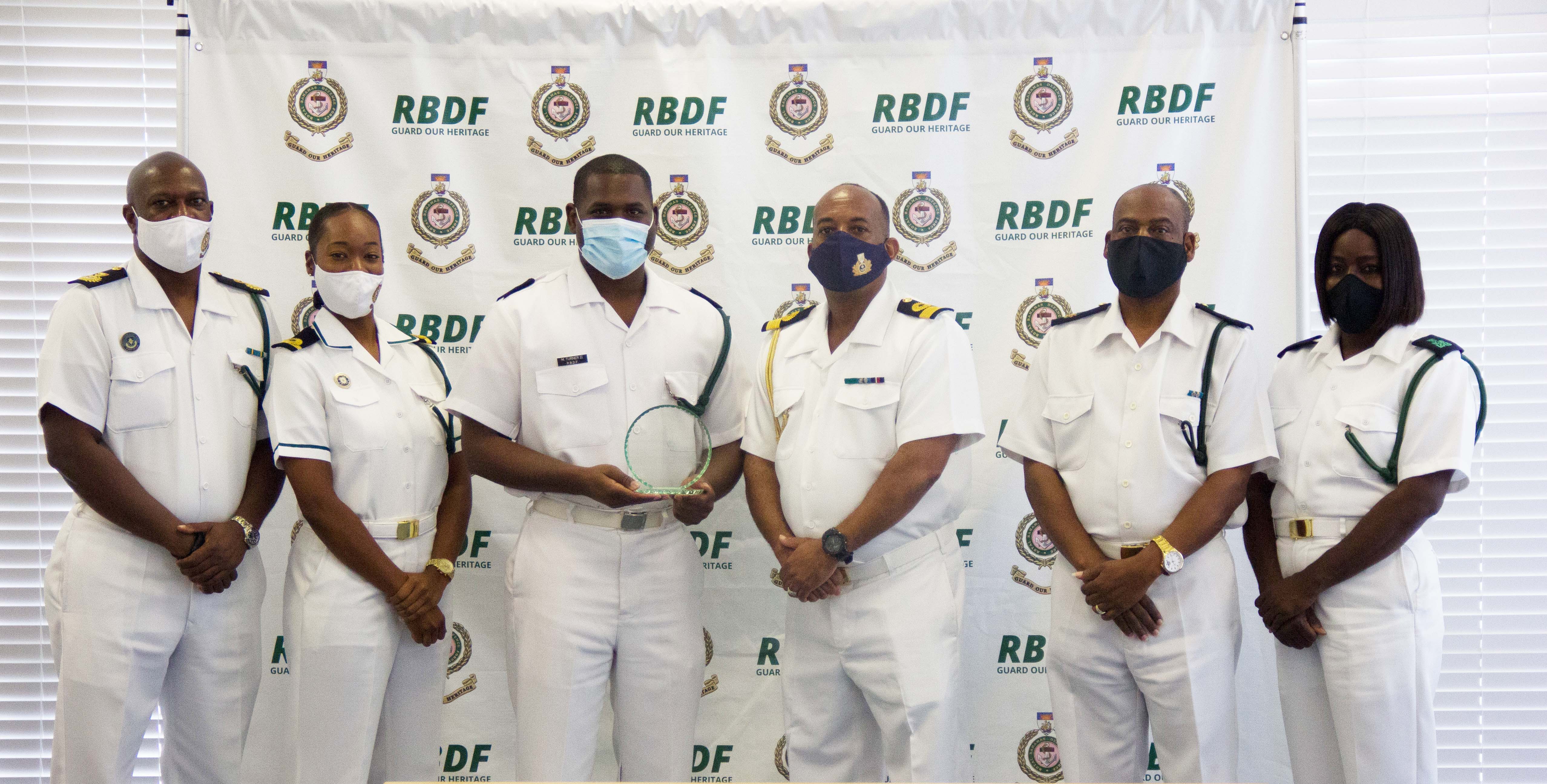 On February 24, 2021, marines attached to the Headquarters Public Relations (PR) Section were commended for their dedication and commitment for the year 2020, during a brief presentation held at the Defence Headquarters, John F. Kennedy Drive.

In keeping with Commander Defence Force, Commodore Raymond King’s strategic intent to reward efforts of excellence in the workplace while developing a professional workforce, Commodore King presented each marine with various awards, plaques, and certificates as tokens of appreciation for their contributions and stellar services over the past year. Also in attendance were RBDF’s Public Relations Officer, Sub Lieutenant Danielle Morley, Warrant Officer Jonathan Rolle, and Senior Enlisted staff.

The Public Relations Section is the information link to the military and civilian communities providing media content on the accomplishments, developments, and policies using news releases, radio, and television reports and interviews. This section is small in stature but makes a monumental impact on the voice and image of the Royal Bahamas Defence Force.

Due to the diversity of each marine, their unique contributions to the section were awarded.

Additionally, in accordance with the Commander Defence Forces’ strategic intent of professionalizing the organization, these marines recently completed a course in The Planning & Organization of Media Operations offered by the Royal Military Academy Sandhurst, covering the importance of Good Media/Media Relations, Planning and Media operations, and Social Media, and received their certificates of completion.

Commodore King commended Sub Lieutenant Morley and her staff for their tremendous work during the year 2020. He also took the time to congratulate the group of marines and expressed his gratitude for their outstanding work. He assured them of his commitment to maintaining a high-performance level of professionalism.

The Royal Bahamas Defence Force remains committed to rewarding the efforts of excellence in the workplace while guarding our heritage.