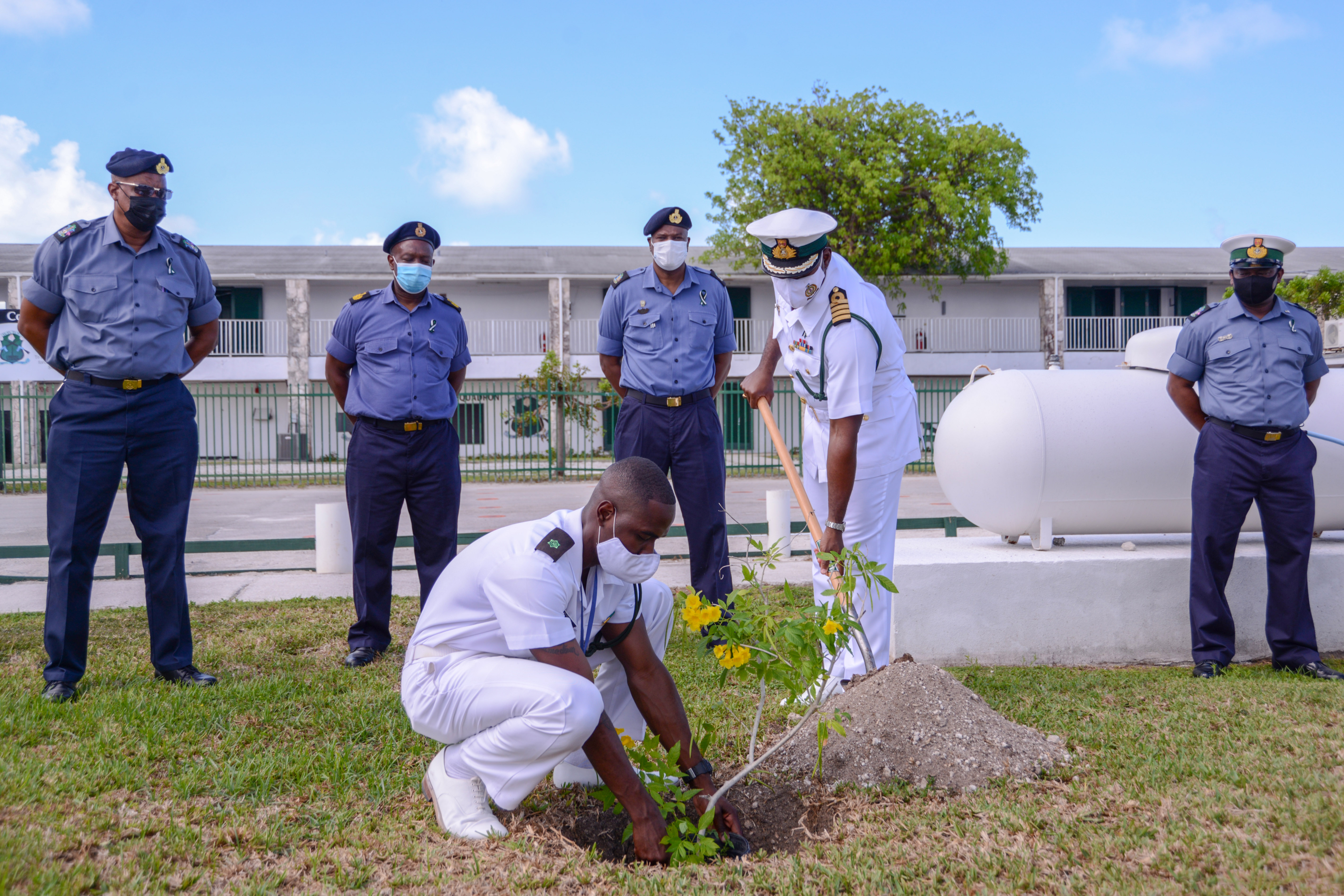 In keeping with the Commander Defence Force, Commodore Raymond King’s intent of keeping the memories of the fallen marines who gave their lives unselfishly, while guarding and protecting our nation, the Royal Bahamas Defence Force Veterans Office in collaboration with the HMBS Flamingo Memorial Committee held a tree planting on 05th May 2021.

Captain Shawn Adderley, Acting Captain Coral Harbour and Captain Glenn McPhee, Captain SOUTHERN COMMAND, planted the first of several Yellow Elder trees, which will complement the landscape of the HMBS Flamingo Memorial and Monument. This historic structure, which was erected and dedicated in 2008, is a memorial to the brave men and women who have answered the call to higher service and dedicated their lives to country, and by extension, the Royal Bahamas Defence Force.

The planting of the Yellow Elder trees, which represent a national symbol of the Commonwealth of the Bahamas, is also the name of one of the RBDF patrol vessels which was recently decommissioned from service.

The Royal Bahamas Defence Force will always remember the sacrifices of those who came before and paved the way for the organization it is today carrying out its mandate, to Guard Our Heritage.