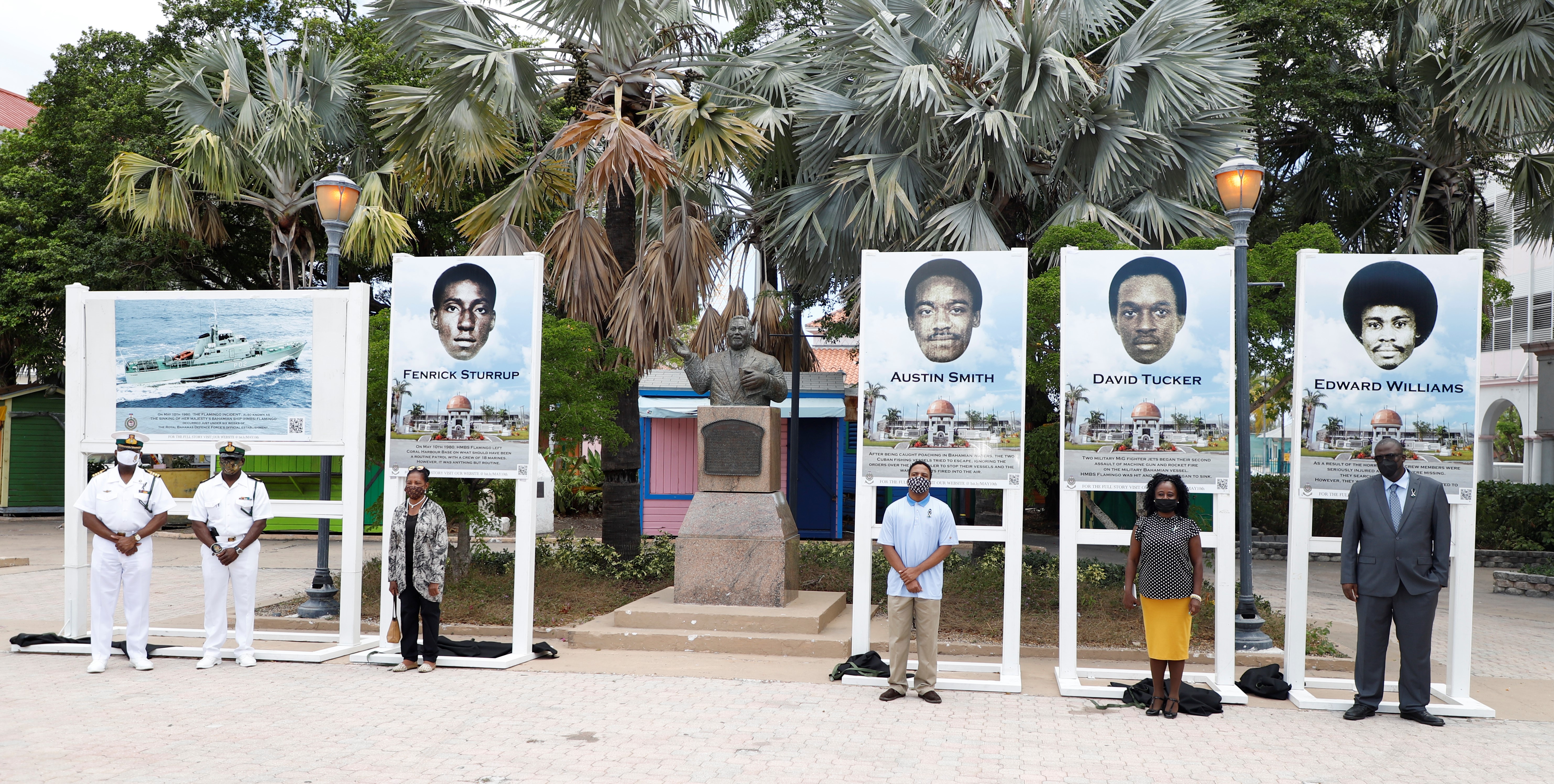 As the organization continues to enforce the Commander Defence Force, Commodore Dr. Raymond King’s intent of focusing on heightening awareness of the tragic event surrounding the bombing and sinking of HMBS FLAMINGO, the Royal Bahamas Defence Force unveiled Portraits of the four Fallen Marines of HMBS FLAMINGO on Tuesday 4th May.

“On Wednesday 5th May, there will be a tree-planting ceremony onboard Coral Harbour base to commemorate members of the Royal Bahamas Defence Force who would have lost their lives in the line of duty over the years,” said Captain Pinder. “Additionally, there is the HMBS Flamingo Memorial Ribbon to commemorate the four fallen marines. This ribbon will be worn during the month of May, with proceeds of the ribbon used to give financial, social and emotional support to members and veterans of the Bahamas’ Military.”

The portraits will remain on display during the month of May to the general public. The Royal Bahamas Defence Force remains committed to keeping the memories of the fallen marines who gave their lives unselfishly, while guarding and protecting the territorial waters of the Commonwealth of The Bahamas, along with the Commanding Officer and crew of HMBS FLAMINGO.