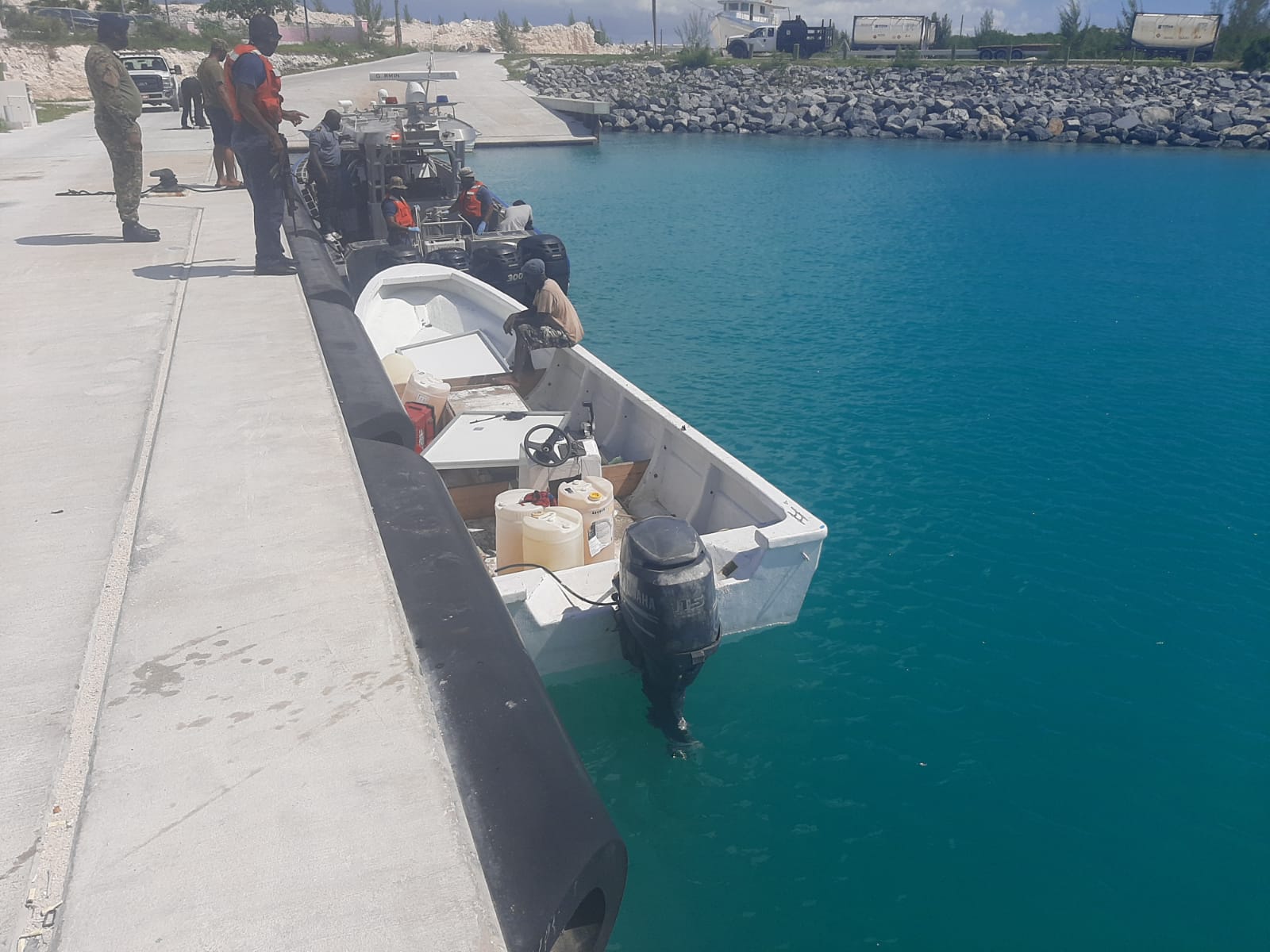 Two Turks and Caicos nationals were rescued off Inagua on Thursday morning during a joint effort by members of the Royal Bahamas Defence and Police Departments the US Coast Guard.

After receiving information from a US Coast Guard helo that a fishing vessel was spotted off Great Inagua, a Police patrol vessel with Defence Force Marines aboard went to investigate. A 27-ft. open fishing vessel with the 2 occupants were found drifting approximately 7 miles west of the island.   The men, who were in fair health, reported that their boat had experienced engine problem, and was adrift for 8 days.

They were eventually escorted into Matthew Town alongside RBDF Maritime Facility, where they were transported to the Medical Facility to receive medical attention before being handed over to Immigration officials for further processing.

The Royal Bahamas Defence Force remains committed to protecting the territorial integrity of The Bahamas and keeping our borders secured.