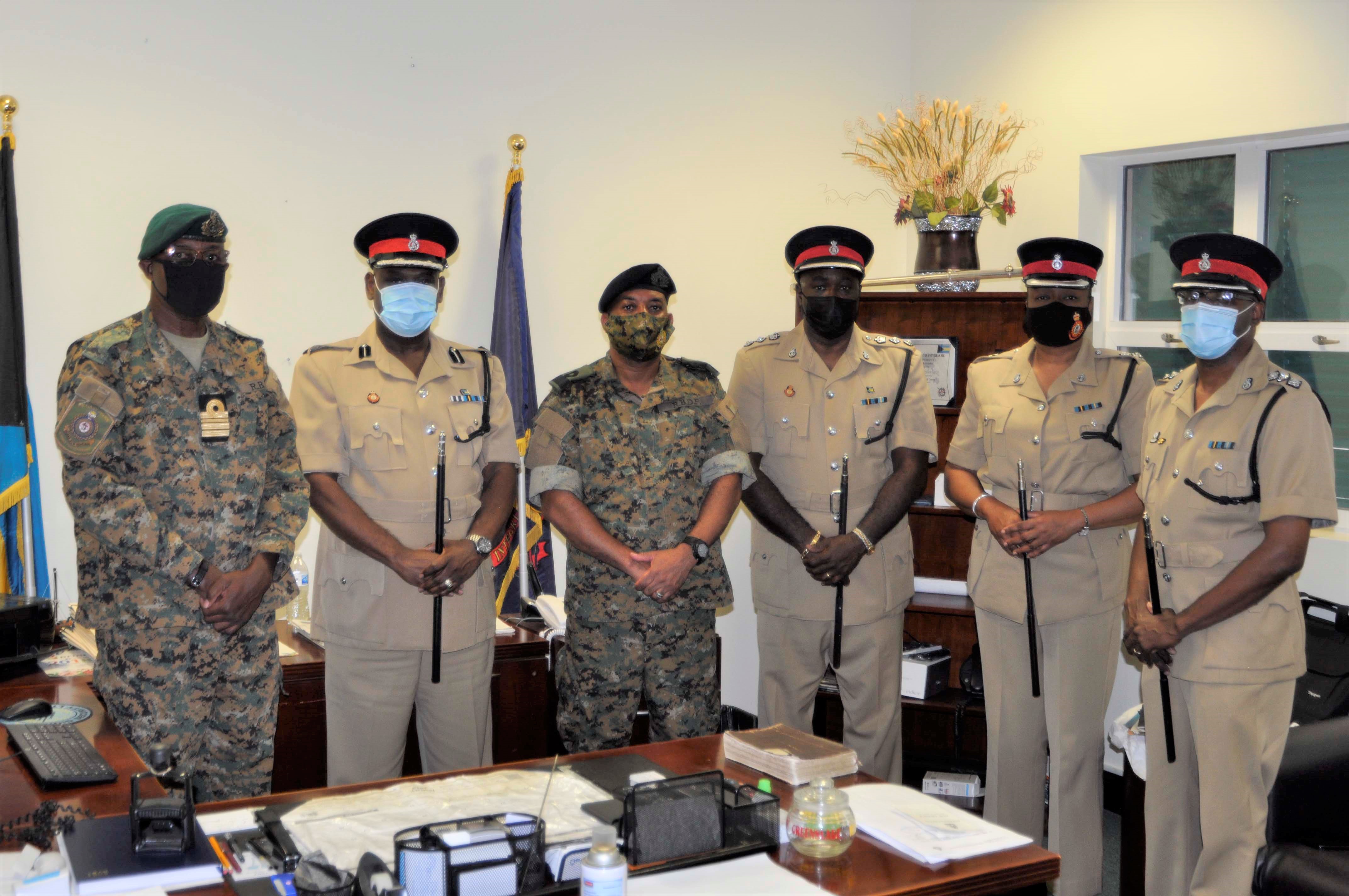 Commander Defence Fore, Commodore Raymond King made an official visit to the RBDF satellite base in Freeport, Grand Bahama from March 4th to March 7th, 2021. The visit aligns with his strategic plans for the growth and the decentralization of The Defence Force.

Accompanied by Commander Granville Adderley, Commanding Officer for the Crisis Risk Management Unit, he was greeted by Senior Commander Fredrick Brown, Commanding Officer for Freeport Detachment on his arrival. Commodore King visited the Freeport satellite base, where he carried out an inspection of the troops and facility, and listened to their concerns. The Commander Defence Force thanked them for the continued services, and offered words of encouragement.

The purpose of Commodore King’s visit to the island, was to have a first-hand view of the availability and feasibility of sites for the relocation for the Operations of the Northern satellite base in Grand Bahama.

While there, Commodore King also paid a Courtesy call on Mrs. Charlamae Fernander, Deputy Director of Social Services for Grand Bahama, who expressed her gratitude for the presence of the RBDF Officers, who have assisted her and her agency tremendously.

The Royal Bahamas Defence Force remains committed to growth and decentralization of the force while guarding our heritage.