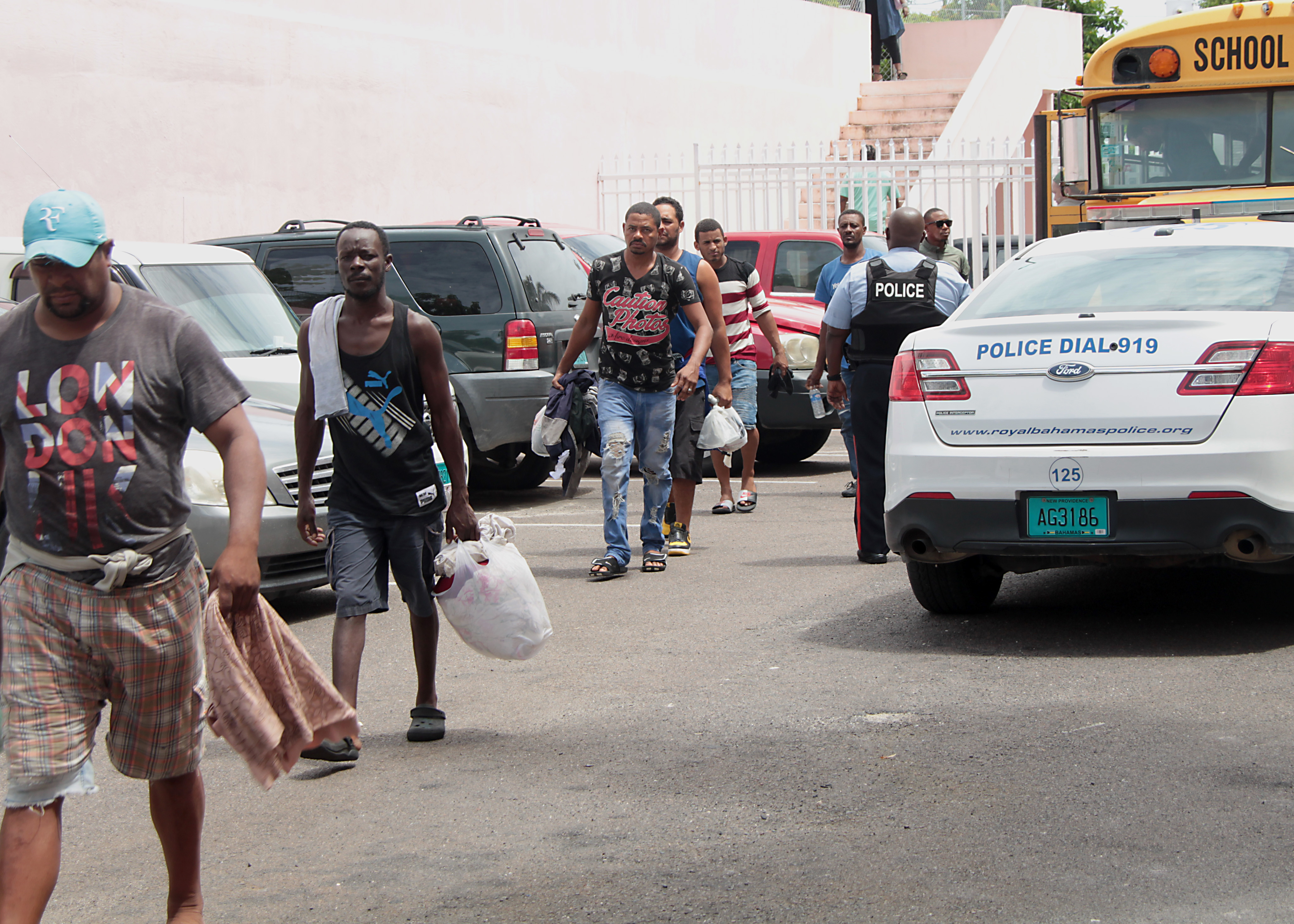 At a Special sitting of Magistrate Courts on Friday past at the Remand Centre at the Department of Correctional Services, 46 Dominicans changed their Pleas from “Not Guilty” to that of “guilty” on charges related to illegal fishing in Bahamian waters.

The Dominican nationals received were previously charged before the courts on July 12 after they were apprehended by HMBS Madeira for poaching in the southern Bahamas. At that time, they pleaded “not guilty” to numerous charges totaling over $3 million dollars, namely:

(2) Possession of a Grouper less than 3 pounds.

(3) Possession of Fresh Crawfish during the closed season from April 1st – July 31st 2018.

(6) Engaging in Illegal Foreign Fishing within the Exclusive Fishery Zone of The Bahamas.

In Friday’s (August 10) hearing, all of the Dominicans pleaded guilty and were subsequently convicted and fined $53,000 each. This represented an increase of two and a half times the maximum amount (that is, $20,000) levied against Dominicans apprehended by the Defence Force earlier in June.

The Captain of the vessel, Radhames Hernandez, was convicted and sentenced to 18 months in Prison for Firearm Possession and one year for Possession of a shot gun and ammunition. Those charges are to run concurrently.

Another Dominican was fined $100,000 because this was his second conviction for poaching in Bahamian waters. All of the men were remanded in custody at the Bahamas Department of Correctional Services, and will be deported on completion of jail time or payment of fines.

In an interview with local media during the announcement of The Bahamas receiving the highly prized Marine Stewardship Council Certification, Commodore Tellis Bethel, stated that success in recent apprehensions was the result of a collaborative efforts between the Defence Force and the commercial fishing community.

On July 8, the 46 Dominicans were apprehended aboard their vessel ‘Ronnye’ approximately 20 nautical miles south east of Cay Lobos by HMBS Madeira under the command of Senior Lieutenant William Sturrup. Approximately 33, 000 pounds of fishery products were confiscated from that vessel.

This arrest was made shortly before the apprehension of six American nationals who were found fishing in a prohibited area on Saturday past in the Exuma Cays Land and Sea Park by the Park’s Warden with the support of Defence Force Marines assigned to the area. They have since been charged before the courts in Nassau.

Prior to that incident, HMBS Durward Knowles, under the command of Lieutenant Commander Omarv Saunders, apprehended 4 Dominican fishermen aboard a 50-ft Dominican fishing vessel, ‘Brailyn’ for poaching on the Great Bahama Bank on June 16th.

“Stiffer penalties not only act as a deterrent, but also add to the Bahamian economy when those who violate Bahamian fisheries laws are brought to justice by the hard working men and women of the Defence Force,” said Commodore Bethel. “The award of the Marine Stewardship Council’s certification attests to the positive impact the Defence Force is having on marine conservation efforts in collaboration with partner law enforcement agencies, the commercial fishing sector and nongovernmental environmental agencies.”

The Royal Bahamas Defence Force continues to protect the territorial integrity of The Bahamas.