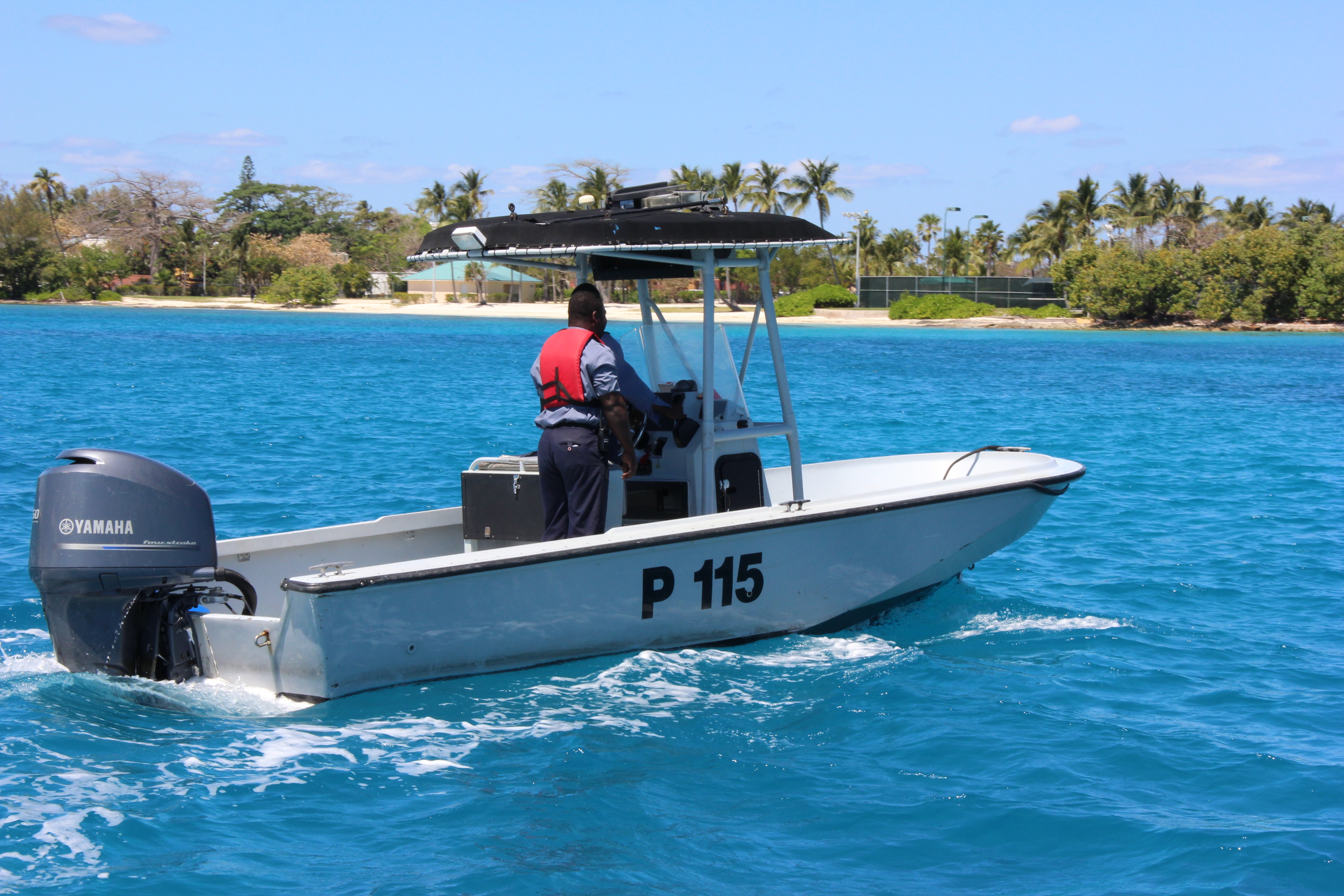 Two American citizens one (1) male and one (1) female are in Police custody after they were found in possession of suspected drugs and weapons by members of the Royal Bahamas Defence Force Marines on Friday afternoon.

While on patrol shortly after 12:00 pm, Patrol craft P-115, coxswained by Leading Seaman William Burns conducted a routine boarding and search of a blue and white Contender in the area of Nassau Harbour east. Results of the search uncovered a small quantity of suspected marijuana onboard. Further search of the vessel also uncovered 2 pistols, 1 shotgun and a total of 262 rounds of ammunition.

The male nor female on board could not produce documentations for the weapons and ammunition. Both of the occupants were escorted to the RBDF Harbour Patrol facility and handed over to Police officials for further investigation.