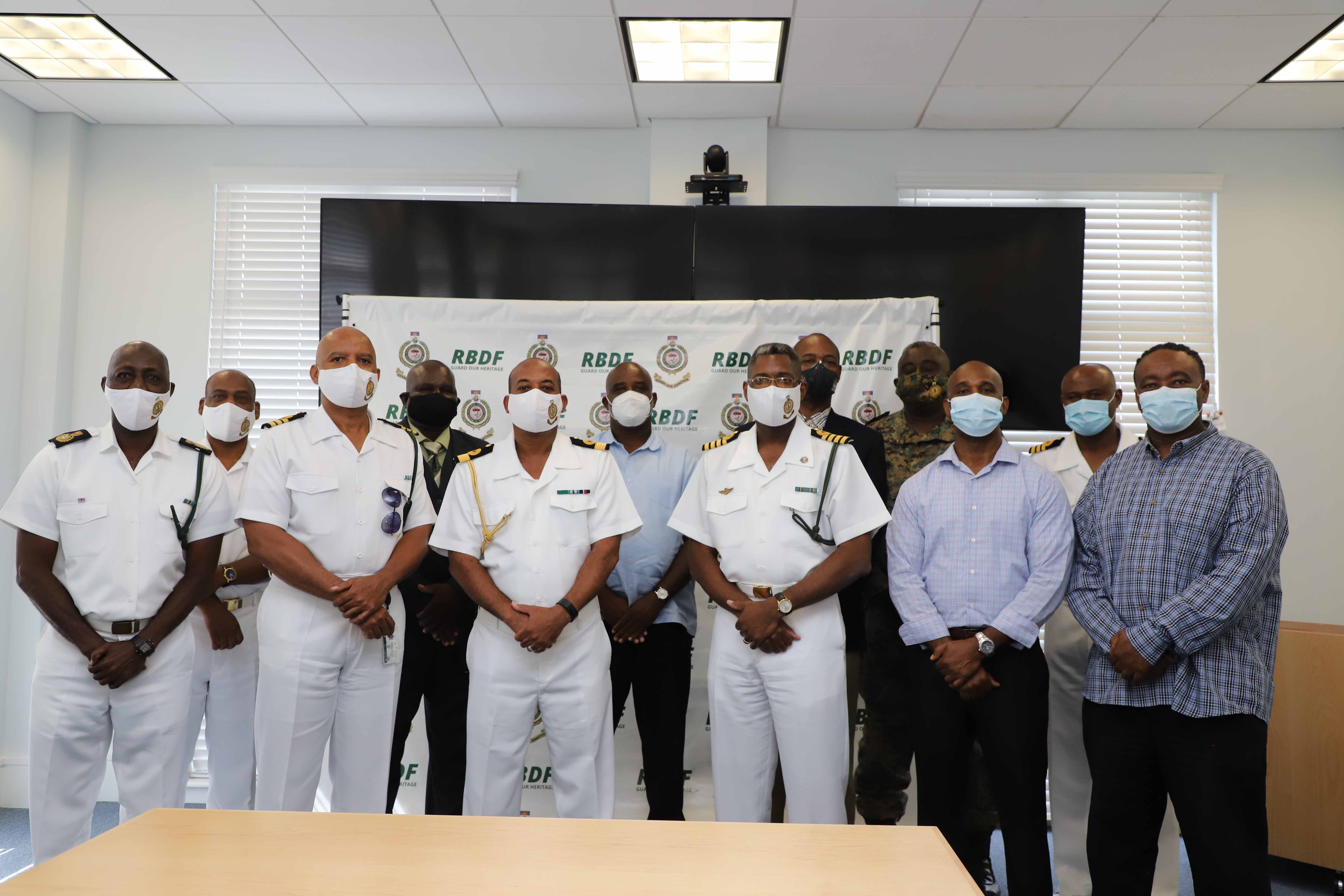 The all-male squad were celebrating their 35th Anniversary and their commitment to country and service after graduating from recruit training as members in 1985. They were the last group of men to complete New Entry Training prior to females joining the organization. Most of the members have since resigned or retired, leaving ten current serving members.

With Deputy Commander Defence Force, Captain Shonedel Pinder in attendance, Commodore King commended the men for their dedicated years of service, and for their individual and collective achievements throughout their tenures. He also encouraged them to continue working in whatever capacity they now serve as they strive for excellence.

During the meeting, the Commander Defence Force also outlined several initiatives which ensured that former members of the force receive similar privileges and benefits that are offered to current serving members. He emphasized that retirement is imminent for all who chose to stay, so it is only fulling to prepare the path for all individuals.

On completion of the visit, pleasantries were exchanged, and the men of Entry 17 presented the Commodore with a cap which symbolized their anniversary years.  To you, we say, ‘Bravo Zulu’ (well done) from the Commander Defence Force, the Executive Command Team, Officers, Warrant Officers, Noncommissioned Officers and Junior Marines of the Royal Bahamas Defence Force.