Commodore Tellis Bethel along with the Officers and Marines of  the Royal Bahamas Defence Force joined the world in commemorating veterans of World Wars I and II on  Remembrance Day. Instituted by King George V in 1919 in honour of these men and women, Remembrance Day is recognized by Great Britain, her overseas territories, allies and former colonies.

This year’s ceremony also marked the culmination of many activities that members of the British Legion-Bahamas Branch (BLBB) showcased this year in commemoration of the 100th Anniversary of the ending of World War 1 on 11th November 1918.

Today, this event is commemorated on the nearest Sunday to November 11th. Therefore every year, the second Sunday in November, the men and women who served during the two World Wars are remembered.

On this day, wreaths were laid at the foot of the Cenotaph monument by Her Excellency the Governor-General, the Prime Minister, the Commissioner of Police, the Commander Defence Force, members of the Diplomatic Corps, and representatives of the armed and civic services. 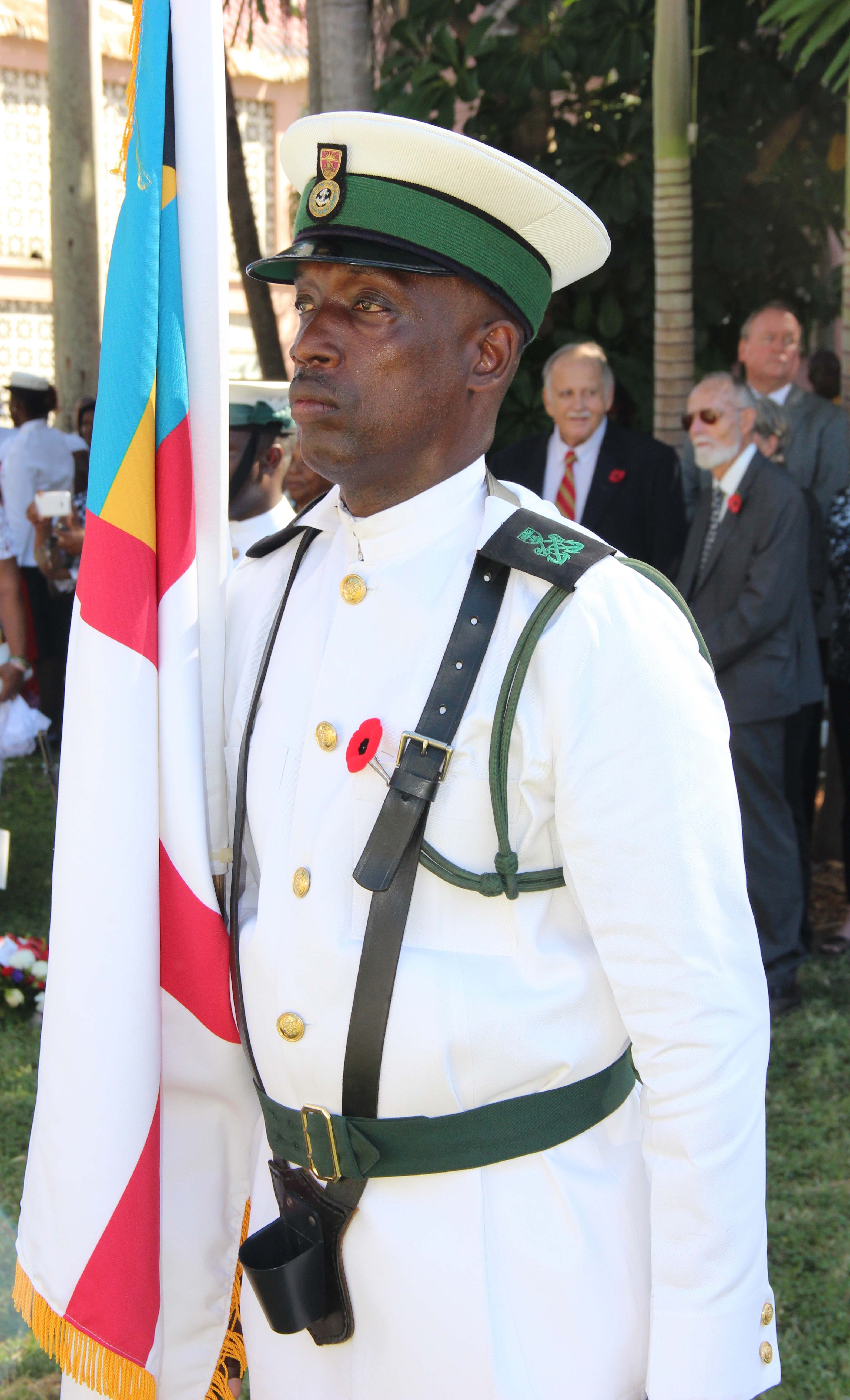 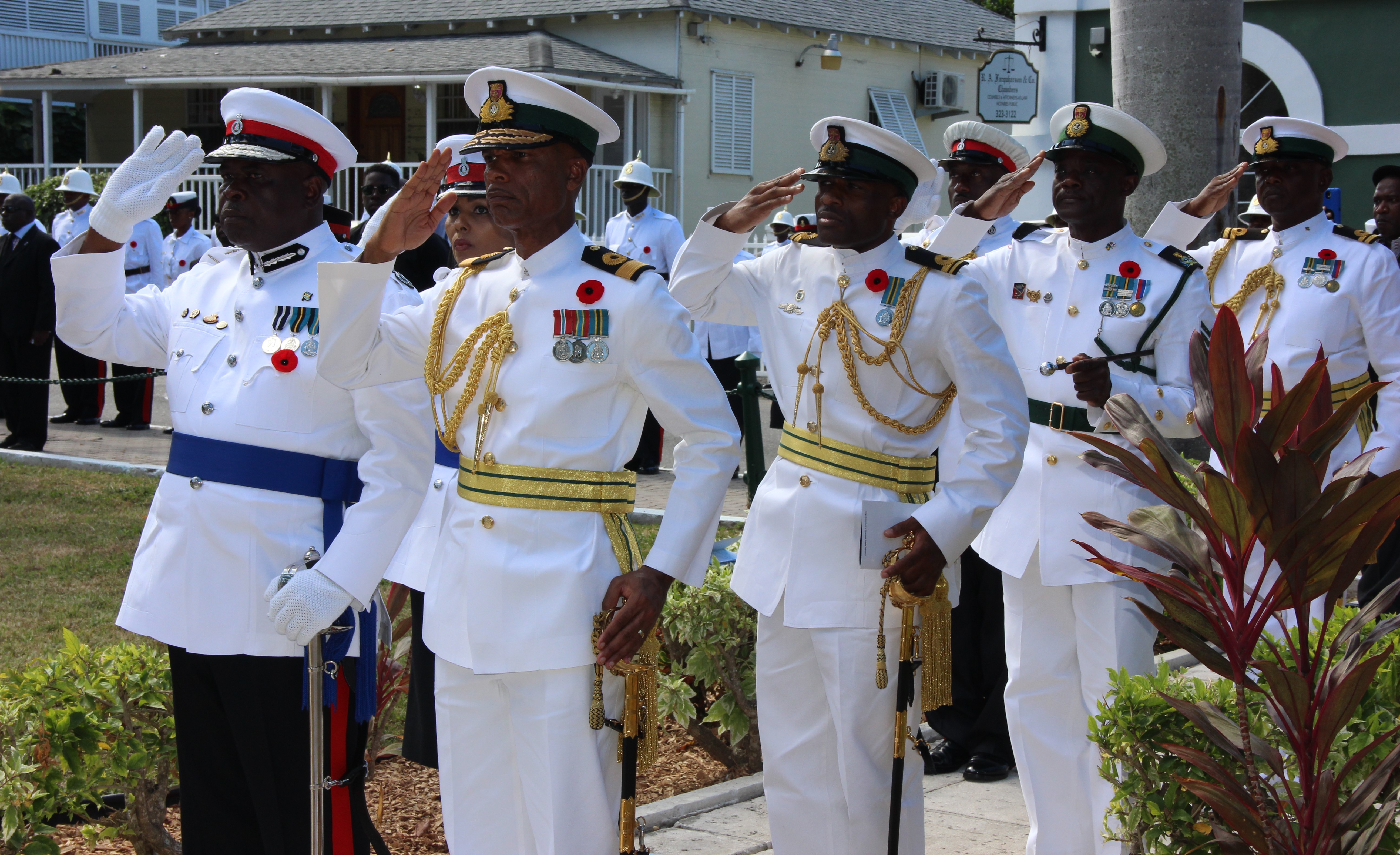 Members of the Armed Forces paying paying marks of respect during the Remembrance Day Ceremony at the Cenotaph, Downtown Bay Street on November 11, 2018. 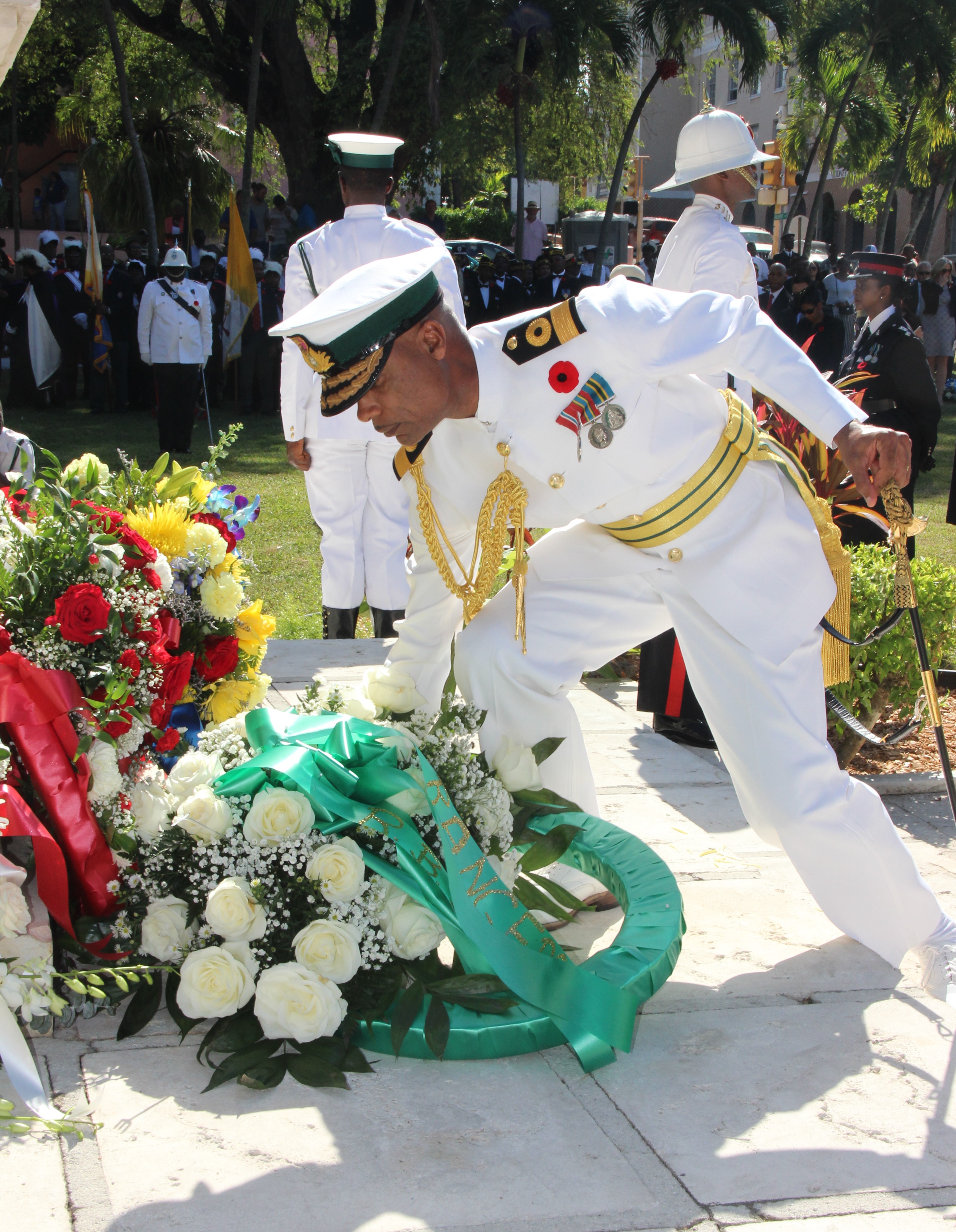 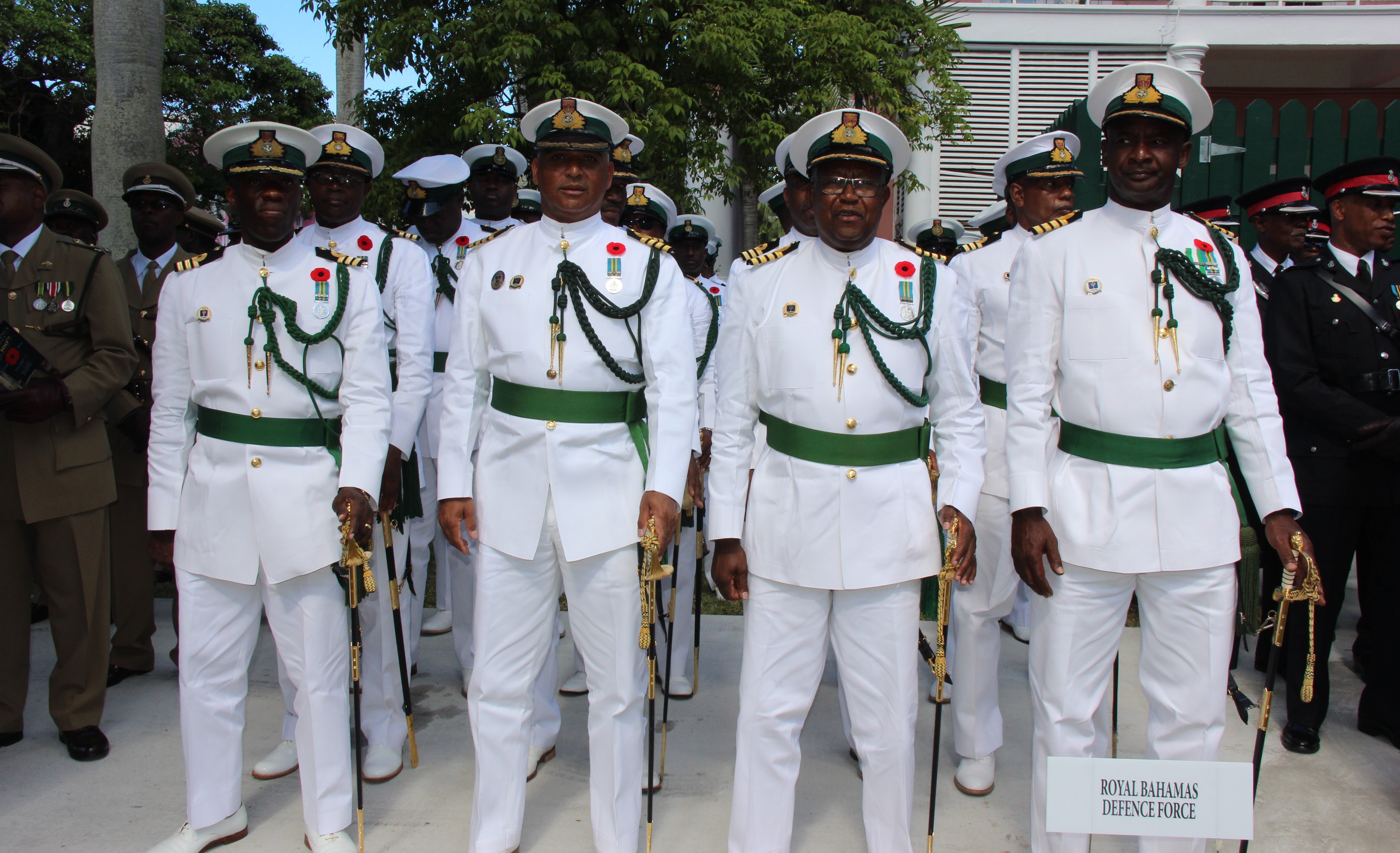