While many engaged in religious worship, rest and recreation this Easter, the Royal Bahamas Defence Force was extensively involved with maintaining a state of readiness over the holiday weekend with emergency response drills at bases and aboard patrol craft throughout The Bahamas under the theme, “Operation Easter Egg”.

The simulated drills are part of an ongoing program to train and prepare Defence Force personnel to respond to internal and external security threats and emergency situations when least expected, said Captain Bethel, Acting Commander Defence Force. The exercise also helped Defence Force leaders and planners to identify and correct security gaps within the Defence Force.

Emergency drills are a natural part of the military training and security environment to ensure that armed services are adequately prepared to effectively respond to internal and external threats, and emergencies when least expected. The Royal Bahamas Defence Force remains committed to “Guarding Our Heritage” 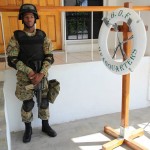 A Marine from the Commando Squadron Unit stands guard in front of Defence Force Headquarters, Coral Harbour Base. 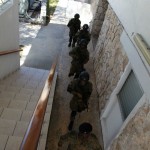 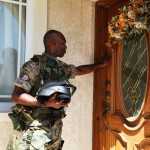 Acting Lieutenant Commander Ferguson taking time away from the operation to walk door to door during the Lock Down exercise to make our neighbors fully aware of the drill exercise. 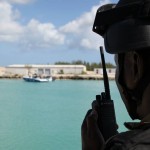 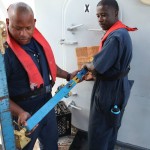 Defence Force Marines demonstrating how to use steel shores to eliminate a flooding situation. 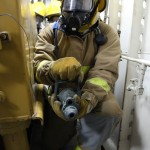 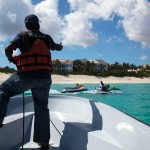 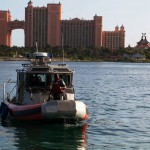 Marines from the Harbour Patrol Unit were also apart of the operation as they too carried out various drills for the Easter Holiday Exercise. 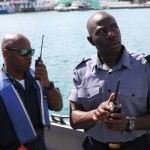 Deck Supervisors making radio communications with the ships company during the operation. 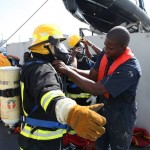 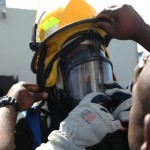 Final checks carried out to ensure the safety of the Fire Fighter be he attempts to fight the flames. 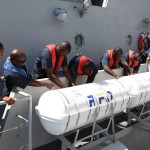 Marines going through a step by step procedure on how to deploy the life rafts during an emergency out at sea.